Finance Minister Grant Robertson says the KiwiBuild programme is a "marathon not a sprint".

The government's flagship programme has been taking multiple hits, including the dramatic resignation of boss Stephen Barclay.

Mr Robertson told Morning Report the KiwiBuild programme was "a marathon not a sprint".

"We're disappointed that we're not going to meet the first year target. But this is a long term programme," he said.

"We're going to take a look at what some of the blockages have been over the first six months of the programme fully operating."

Mr Robertson said the government wasn't going to turn around years of neglect in the affordable housing industry in six months' time.

"We've got to sit down and re-look at the targets as they go out over the next few years.

"We're still completely committed to having more New Zealanders being able to own their own homes." 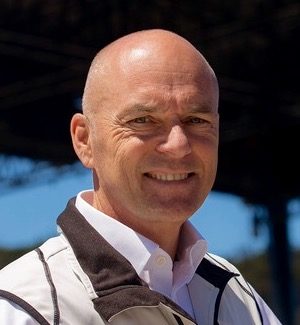 Yesterday, the Ministry of Housing and Urban Development (MHUD) issued a statement revealing the [context behind Mr Barclay's sudden absence from work late last year and his resignation this month.

MHUD chief executive Andrew Crisp said he had received complaints from "employees, contractors, and stakeholders" about Mr Barclay's "leadership behaviour" and treatment of others.

Thereafter, in a statement, Mr Barclay said he was "extremely disappointed" the ministry had breached his privacy. He wouldn't say exactly what the complaints against him are about, but said they didn't involve fraud, sexual misconduct or bullying.

He said he was taking legal action against the ministry and said KiwiBuild had been on track to meet the 1000 house goal while he was in charge.

The flagship scheme has dogged the government in recent weeks after Housing Minister Phil Twyford admitted it would fall short of its first year target.

Mr Barclay told Morning Report that he had been on course to achieve the goal of having 1000 new houses in the year to June.

He said he and his team were focused on delivering the targets, not on "trying to establish his [Mr Twyford's] new ministry".

"By the time I was put on gardening leave at the end of October, early November four months into the year we were on target to meet those targets," he said.

He also told Morning Report that he was an implementer.

"Someone like Minister Twyford, he has a vision of KiwiBuild. My job is to implement it. I don't set policy, I get things done."

"If you're implementing high profile project such as this with very hard targets that have to be delivered in short order, you need to make decisions. You've got to recognise that not all of your decisions are going to be the right ones, so you've got to adjust your strategy and keep going on."

The National Party has called for Mr Twyford to lose his portfolio.

Mr Twyford is expected to shed some more light on the situation in the near future.