Former National MP Jami-Lee Ross has released a text exchange he had with party secretary Greg Hamilton about donations at the centre of the controversay engulfing the party. 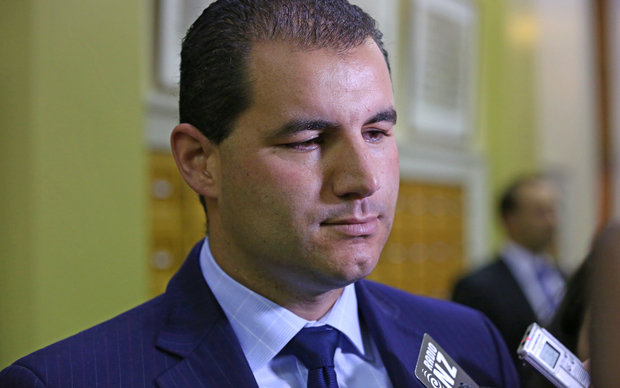 As a result of a spectacular fall-out with party leader Simon Bridges, his former trusted colleague Mr Ross unleashed a volley of accusations, including corrupt electoral practice.

Mr Ross claimed he had collected a $100,00 donation and under the orders of Mr Bridges broke it into smaller amounts so the donor would not have to be declared publicly - a breach of electoral law.

Mr Bridges denies all of the claims made by his former MP.

In a June phone conversation released by Mr Ross yesterday the two men discussed the $100,000 donation and the fact the money had landed in the Botany electorate bank account.

Mr Ross told media this week he had been provided with names and addresses to go with the smaller donations.

In the text exchange released today he contacted the party secretary about a request he'd received to "track down the individual donors (all under $15k)".

Mr Ross then said he was unable to do that, and that it was the first time he'd been asked to do that - "this appears new to me, is this a sticking point?".

In response Mr Hamilton said the party was required by law to provide names and addresses "in this case many of the addresses provided don't match what is on the electoral role".

If the party was to track the people down it would need phone numbers for the donors, he texted, and then asked Mr Ross if a particular organisation had pulled the donations together.

"It was Simon Bridges that arranged the donation, or group of donations", replied Mr Ross, "I was just tasked with collecting it."

He suggested that if there were any problems he could contact the bank and return the money.

"Maybe, but that would be a shame", said Mr Hamilton, and that he'd talk to whoever he needed to "line the donors up" with the electoral roll.

"Best we do that now as opposed to when audit takes place on the annual return", he concluded.

The National Party has also released copies of the texts, saying the exchange took place over about half and hour.

In a statement the President Peter Goodfellow referred to "speculation that we have received a $100,000 donation, there was no such donation".

In an email to RNZ, Mr Ross said he will not comment on the Newsroom article, but is considering his legal options.

He says he is no longer in Wellington. 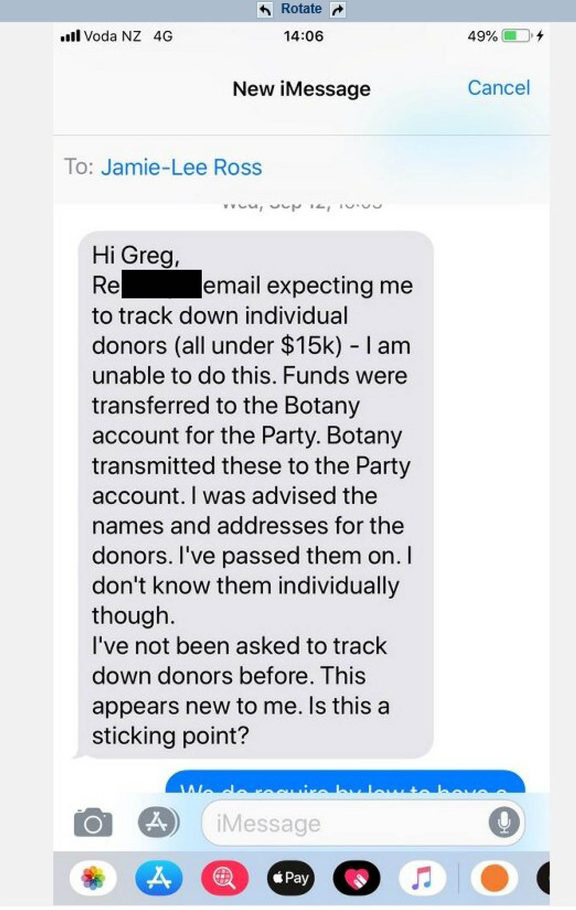 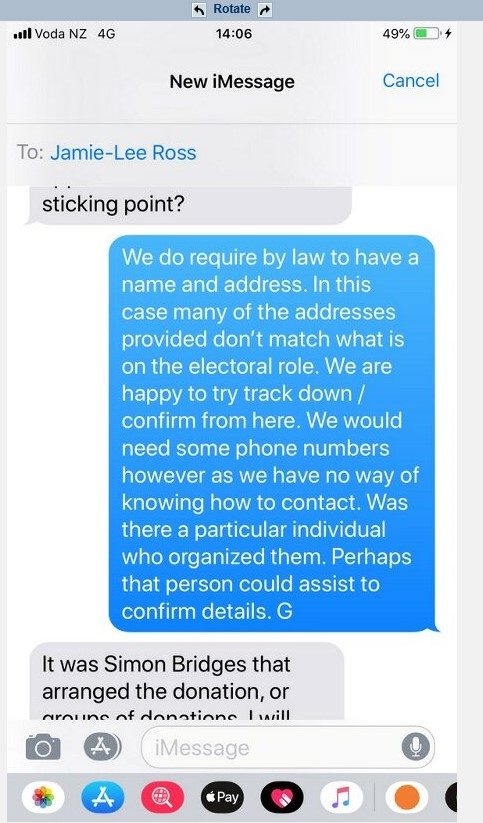 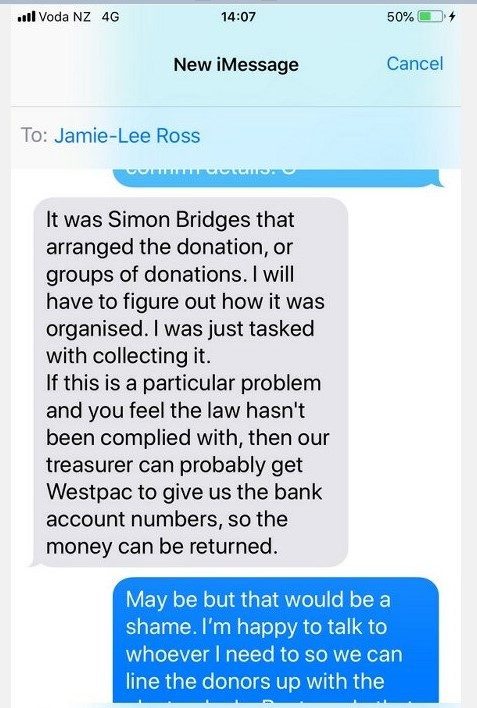 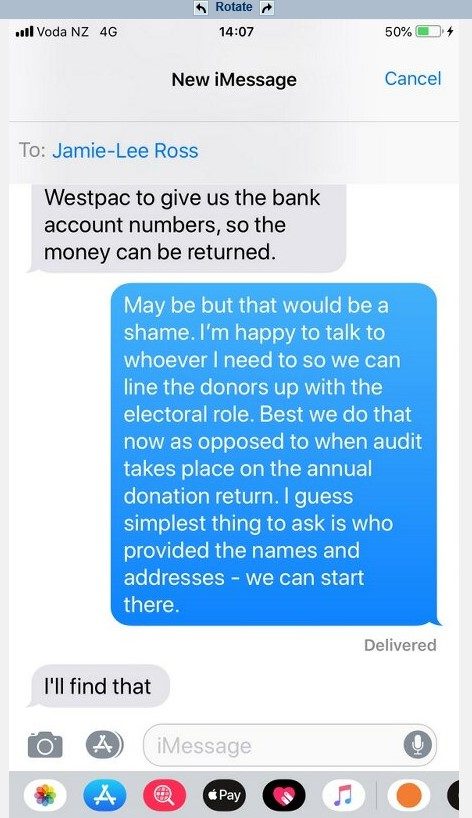