The National Party furore has sent New Zealand media into a frenzy, but there's also been a strong reaction from media across the world. 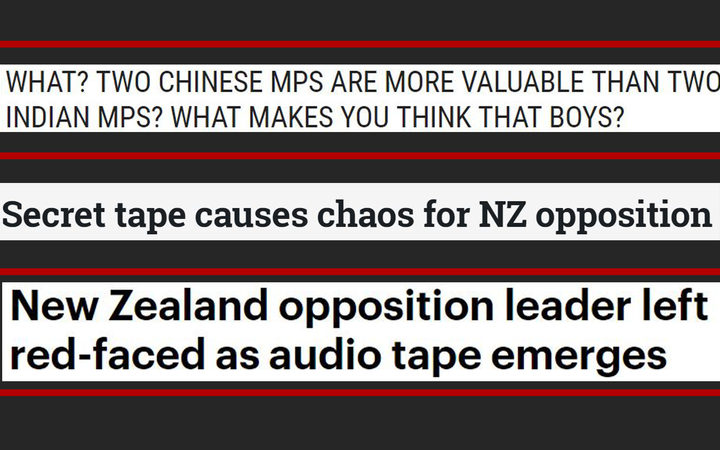 A phone conversation recorded and released by former National member Jami-Lee Ross has sent waves across the world.

Calling a fellow National MP "f***ing useless" and talking about who else could go wasn't the only bombshell in the telephone recording between party leader Simon Bridges and Mr Ross.

They also talked about dinner with businessman Zhang Yikun, a $100,000 donation, and potential candidates for the party with comments about their ethnicity that have been labelled as "racist" and "ugly" by New Zealanders.

Mr Zhang's life has also been of interest to world media, with Associated Press reporting: "An autobiographical account he wrote on an overseas Chinese website says his grandfather was a Thai businessman who returned to China. He was born into a farmer's family and spent time in the army before migrating to New Zealand.

Zhang started out running restaurants but company registries show he later branched out into residential property and construction."

In other New Zealand news that world media have picked up on, the country's crowning of "Bird of the Year" has left some poking fun at the winner:

New Zealand just crowned this 'drunk, clumsy' pigeon as its 'bird of the year https://t.co/MEmedY3bJT