Opinion - National Party leader Simon Bridges is either extremely naïve and bumbling, or is a gambler with nerves of steel. 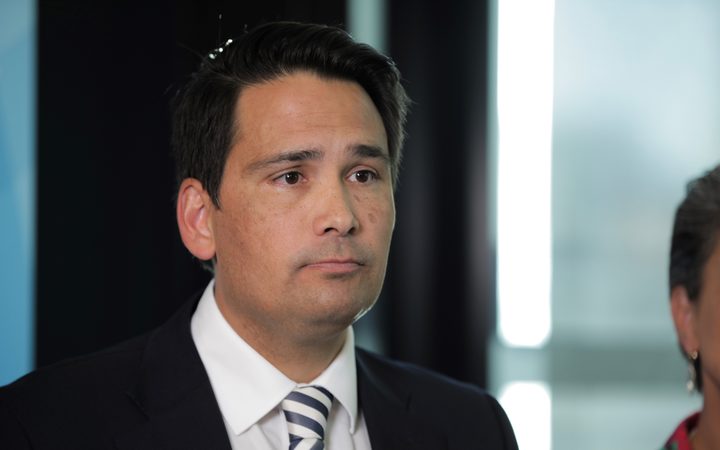 Whether by accident or design, Bridges has well and truly thrown down the gauntlet to any disloyal National MPs. And it might well end up strengthening his hold on the leadership.

Bridges' motives in getting to this position are debatable. One explanation is that he was so sure that the original leak either came from the Labour Party, the Speaker's Office or Parliamentary Services, that he felt safe in doubling down on the investigation into the leak, despite having at least two opportunities to call it off.

What doesn't fit with this theory, however, is it became clear when Trevor Mallard called off the official inquiry that it was an internal National Party leak, and likely to be from an MP.

As the old saying goes: you shouldn't publicly ask questions in politics that you don't already know the answer to.

It's quite possible that Bridges was very sure who the leaker was, and he was therefore taking decisive action.

Not just to be rid of them, but as a grim warning to other would-be leakers and white-anters.

By all accounts Jami-Lee Ross had been close to Bridges at times in the past.

He played a key role in Bridges' campaign for the party leadership early this year - although there were rumours of his loyalties being divided, and then Ross being dissatisfied with the caucus positions he received from the new leader. As Ross says himself, there has clearly been a major falling out.

In pursuing the inquiry against Ross, the key question for Bridges would have been to ask, when push came to shove, would any other MPs stand by Ross.

And the answer, today, seems to be that Ross is very much isolated, and the wagons are circling around Bridges.

Ross' extraordinary behaviour sending dramatic texts and contacting journalists and the Speaker, in addition to making the leak in the first place, breaks one of the cardinal rules of the National Party - that dirty laundry should not be done in public.

Ross' pre-emptive Twitter strike today would only reinforce concerns about his lack of principle. He admits to secretly recording Bridges in a blatant act of political blackmail.

It's not as if Ross ran off to the Electoral Commission straight away with evidence of his claims of Bridges' wrongdoing, but seems to have saved it as ammunition.

And at the moment, there are probably a few National MPs trying to recall conversations with Ross that they would prefer were not made public.

That points to the second question Bridges would have, or should have, asked himself before he decided to pursue Jami-Lee Ross to the bitter end: How much damage could Ross do on the way out?

It is possible that the Botany MP has other damaging information that he is holding on to? In political terms, Ross has nothing left to lose - and has clearly decided to go out all guns blazing.

There is no doubt this is extremely messy, and everyone involved would have preferred that the saga didn't develop the way it has.

However, at the point it became clear this was an internal National Party problem, Bridges has deliberately chosen the path he is on.

That may prove to be a mistake, but it also may be that he felt it was a risk he simply had to take - to stare down the leaker and anyone else of a like mind, to make it clear that such blatantly disloyal behaviour will have dire consequences.

If Bridges had called a halt to the inquiries, then he would have been criticised as being weak. And there was a huge risk that further damaging leaks would have continued.

The narrative of a lame-duck leader being constantly undermined by his own MPs would have taken hold, eagerly promoted by Labour and NZ First.

Renegade MPs can be a huge pain for party leaders. As we've seen with the debate over the waka jumping bill, such politicians can be celebrated as a useful part of the democratic system.

Examples include Winston Peters in National, Jim Anderton in Labour, and Hone Harawira in the Māori Party. But there are also plenty of less principled examples and, now, Jami-Lee Ross seems destined to add his name to that list.

- Dr Bryce Edwards is a Victoria University of Wellington academic whose main research areas are in political parties, elections and Parliament.