The Ombudsman says he may launch an investigation into allegations a government agency stonewalled a lobby group who used fake names to lodge Official Information Act (OIA) requests. 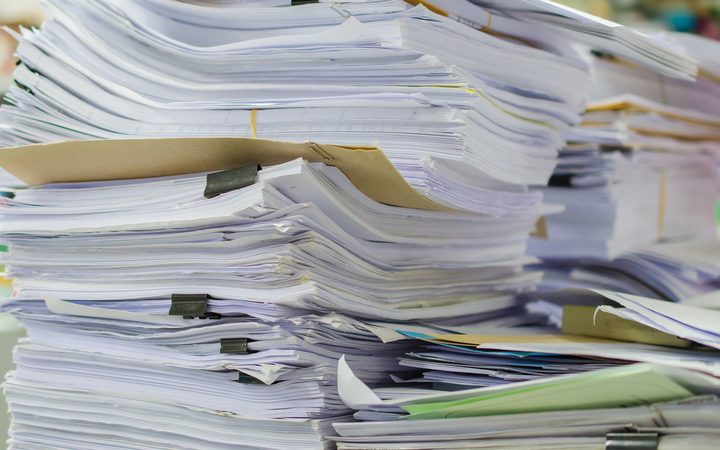 The NZ Herald published evidence yesterday showing people seeking information from Callaghan Innovation did not actually exist and numerous email addresses from its purported members were directly linked to the group's head office.

One single Taxpayers' Union email address was linked to nine fake identities who filed OIA requests seeking information, including details later used by the lobby group to disseminate stories in the media.

Mr Williams claimed his organisation made requests using ghost names because an insider at the science research institute revealed the group's requests were being treated differently to others. He said this was to avoid releasing information promptly.

Mr Hodgson said it had been in the public interest to expose an "abuse of process" by giving unredacted details to the New Zealand Herald.

He said the details confirmed the Taxpayers' Union had used false names to send a "blizzard" of requests to the agency.

He also denied claims by the lobby group's executive director Jordan Williams that Callaghan Innovation had stalled on handing over information] under the Official Information Act.

All requests by the group had been answered within the legal time limit stipulated by the Act and responding to the requests had cost $103,000, he said.

Chief Ombudsman Peter Boshier told Morning Report he had sufficient concerns about the actions of both the Taxpayers' Union and Callaghan Innovation.

"People have got to have confidence that we'll get this thing working properly."

The Ombudsman said although the use of pseudonyms does not constitute a breach of law, he "deplored the use of subterfuge" by any group seeking information and that it was counter-productive to do so.

"It's not unlawful to use fictitious names ... it's not going to result in a penalty," he said, noting that it's a matter of ethics.

"I think it's a great great shame that requesters resort to subterfuge in order to use this Act," he said.

"I want there to be transparency, because if you are being upfront with who you are and why you want the information, it's much more likely that the agency will be able to respond to you, help you customise its response."

Equally, he said, if people had a genuine interest and that led to a wider public interest, they were entitled to the best service and priority.

Mr Boshier said he would consult with staff carefully before launching a probe into the practices of Callaghan Innovation and claims it deprioritised requests by the Taxpayers' Union.

"The point here is you have to respond as quickly as possible, so just leaving it until the very end of the permitted timeframe for me isn't acceptable," he said.

"If you've got the information and it's reasonably available, what the Act asks you to do is to get on with the job and get this information out...

"I want all New Zealanders to have confidence in this Act, that it works, it works promptly, you get what you are entitled to. But if there are abuses, by either requesters or agencies, I want to look into it and report on it."

The OIA requests by the Taxpayers' Union date from 2017 to June this year. The Taxpayers' Union said yesterday it had used fake names to request information "less than 40 times" during its five-year existence and would not rule out using it again because it was in the public interest.

"I will defend this practice in the same way as journalists go undercover, as a last resort, and I think it is a shame we had to do it in this instance," the group's executive director Jordan Williams said.