A right-wing lobby group has defended its use of false names when lodging Official Information Act requests, saying the practice is necessary and in the public interest. 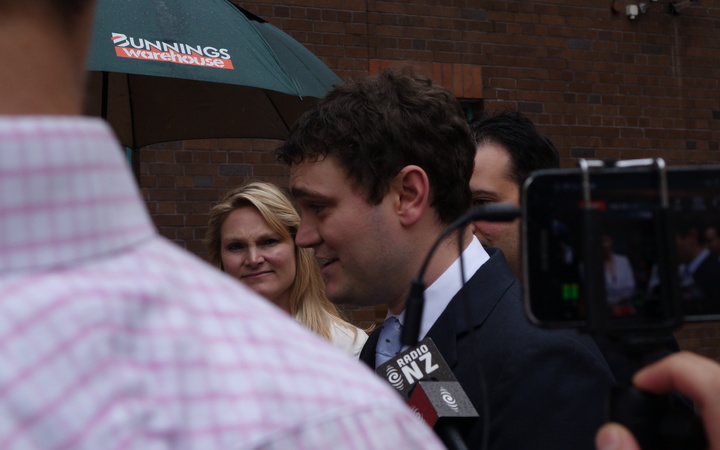 Executive director of the New Zealand Taxpayers' Union, Jordan Williams, told Morning Report the number of information requests using the practice was "certainly under 40" and that these had only been lodged after it became clear the organisation was being stonewalled by government agencies.

He said revelations of the practice were embarrassing, but also a poor reflection on the level of transparency shown by some agencies his group had put under scrutiny.

The NZ Herald uncovered evidence showing people seeking information did not actually exist and that numerous email addresses from its purported members were directly linked to the group's head office.

One single Taxpayers' Union email address was linked to nine fake identities who filed OIAs seeking information, including details later used by the lobby group to seek disseminate stories in the media.

Mr Williams claimed his organisation made requests to Callaghan Innovation using ghost names because an insider at the science research institute revealed to them the group's requests were being treated differently to others.

Callaghan Innovation received a total of 58 OIA requests last year, of which 35 were from the Taxpayers' Union or people associated with the lobby group.

Among the 35 requests associated with the lobby group 19 were directly made by the Taxpayers' Union and two by Mr Williams.

Mr Williams said: "What our research team did is they set up a random name generator at gmail.com, set up a couple of accounts and what do you know, we got this information pretty promptly and we make no apologies having to go undercover because it showed clearly that some government agencies ... appear to be treating people differently based on who they are."

The use of pseudonyms does not constitute a breach of law because the OIA doe not require people seeking information to use their actual names.

He said his group did not opt to use recourse to the Ombudsman to complain about unfair treatment and force the information release as the process would have taken too long.

Mr Williams initially said the use of fake names had been the "exception".

However he went on to claim the group had probably used the practice "less than 40 times" during its five-year existence and would not rule out using it again because it was in the public interest.

"I will defend this practice in the same way as journalists go undercover, as a last resort, and I think it is a shame we had to do it in this instance," he said.

"I'd like to hear from Callaghan Innovation to find out what their answer is as to why when information requests come from the Taxpayers' Union we don't get the information or are stonewalled, but when we create this and it's a joe-member-of-the-public, they are actually reasonably responsive, and do get the information.

"It's clearly in the public interest."

The OIA requests by the Taxpayers' Union in 2017 varied from questions about spending and financial processes through to one that asked Callaghan Innovation's chief financial officer Richard Perry how many times he clicked a mouse to access a spreadsheet.

Asked about the apparently false identities used for requests, a Callaghan Innovation spokesperson was quoted as saying it had been dealing with a "large volume of requests for information" from the Taxpayers' Union and associated people at the time and "elected to respond to these in good faith, not seeking to verify identities of any requesters".