One of Meka Whaitiri's staunchest supporters, Willie Jackson, says he understands why some people are questioning whether the former minister is fit to be a member of Parliament. 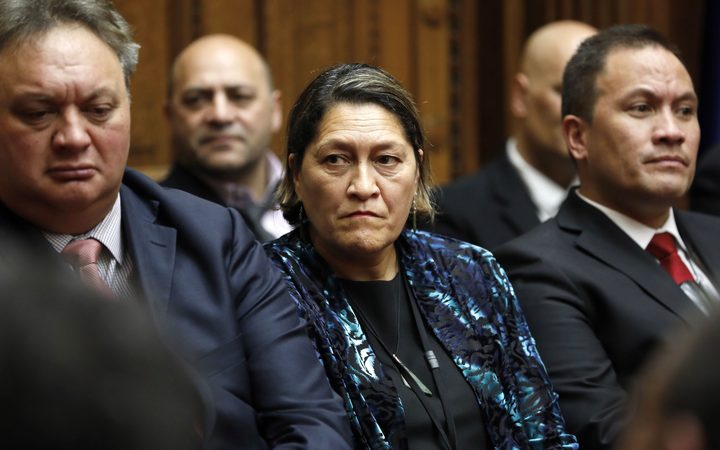 Ms Whaitiri was stripped of her ministerial responsibilities after the prime minister lost confidence in her over an altercation with her press secretary at an event in Gisborne last month.

The report into what happened was leaked to media yesterday and revealed the press secretary was left with bruises on her arm.

Mr Jackson has been vocal in his support for Ms Whaitiri throughout the investigation and met regularly with the prime minister to discuss his endorsement of the Ikaroa-Rāwhiti MP.

Ms Whaitiri is co-chair of the Māori caucus alongside Mr Jackson - a role she kept after her demotion.

He acknowledged people would question whether she was fit to be an MP based on the leaked report, which said her press secretary ended up with a bruised arm.

"I've heard what people have said and I certainly understand what they're saying."

Prime Minister Jacinda Ardern announced yesterday from New York that the Department of Internal Affairs had launched an inquiry into the leak.

The redacted version of the report was due to be released in the next couple of weeks after the personal details had been removed.

For weeks members of the 13-member Māori caucus have rallied behind Ms Whaitiri, publicly declaring their support for her, including during Parliament's urgent debate on the matter on Wednesday.

But by yesterday the Māori caucus had changed tack and it was a case of no comment when asked whether they supported her staying on as an MP.

Green Party industrial relations spokeswoman Jan Logie would not say whether she backed Ms Whaitiri to stay but said there was plenty to learn from the way the government handled the allegations.

"I think it's pretty clear that there are some learnings for this place to do.

"We know that as a country we have an issue with workplace bullying. I think it's pretty well-acknowledged and Parliament is clearly no exception to that and we need to learn those lessons."

Acting Prime Minister Winston Peters said it was early in the inquiry into who leaked the report but he was adamant the government would find the culprit.

"A leak's serious, right. All we've got is parts of it that are out in the media now and it's not comprehensive. It's very disappointing we've got a leak but we'll find out who it is."

As for whether Ms Whaitiri should continue to co-chair Labour's Māori caucus, Mr Jackson said "nothing has changed''.