Prime Minister Jacinda Ardern has announced an investigation into how the draft report detailing the incident involving sacked minister Meka Whaitiri was leaked. 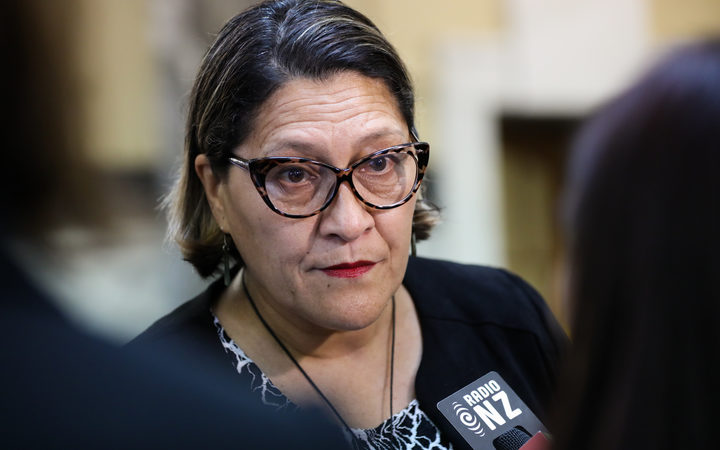 Ms Ardern stripped Meka Whaitiri of her ministerial positions after an altercation last month but she remains the Ikaroa-Rāwhiti MP and co-chair of the Māori caucus.

The altercation took place at a Crown hui in Gisborne in late August, where it was alleged there was a physical altercation between Ms Whaitiri and her new press secretary.

The final report of the investigation into what happened is yet to be released. A draft was leaked to the NZ Herald.

Ms Ardern made the decision to strip Ms Whaitiri of her ministerial positions after receiving the report last week but ordered personal details about the press secretary be redacted before it was publicly released; that was expected to happen in the next few weeks.

The NZ Herald is reporting the draft report found that on the balance of probability the staff member was approached from behind and grabbed by the arm, which left bruises.

A member of ministerial services and the press secretary herself are said to have taken photos of the bruises.

The incident occurred because Ms Whaitiri had missed a media opportunity with the prime minister. The NZ Herald reports the press secretary as saying in the report the former minister "grabbed me by the arm and pulled me outside and said she needed to talk to me".

According to the NZ Herald one of the prime minister's press secretaries Leah Haines was involved after seeing the press secretary shortly after the incident and saying she "looked traumatised".

"We were going through a process to make sure that that was dealt with appropriately, that we were protecting the employee involved in this situation.

"I'm advised by the Department of Internal Affairs that they themselves will be undertaking an investigation to find how that leak occurred, or how the report came to be leaked."

She said the fact Ms Whaitiri was stood down showed she was "not satisfied" with what she saw in the report.

"The moment I got the report I made my decision and obviously people will assess that that of course meant I was not happy with what I read."

Ms Ardern said Ms Whaitiri remains on as a Labour MP as someone who works hard in her electorate but "has admitted that she wants to work on some of the issues that have been raised".

"She has been directly elected by the people of Ikaroa-Rāwhiti and continues to represent them - my decision was around her holding ministerial warrants."

Ms Ardern did not know the extent of the detail that would have been redacted from the report when it was eventually made public, including the references to the bruising.

She also said Ms Whaitiri continued to contest elements of the report - the NZ Herald story said she denied "physically touching the staff member at any time", and that there were no witnesses to the incident.

National deputy leader Paula Bennett said the Prime Minister was setting a very low bar for the expectations she had for her MPs by allowing Ms Whaitiri to remain in Parliament.

Ms Bennett said the standards set for the Labour Party caucus were a reflection of the prime minister's leadership.

"That's a call that the Prime Minsiter needs to make, but it seems to me that she is setting a very low bar and a low standard and I think the country deserves better."