National Party MPs have been forced to hand over communications dating back to the start of February. 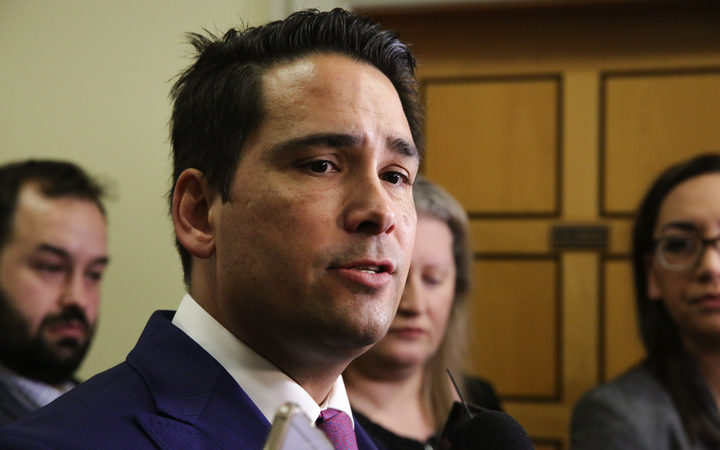 The National Party launched its own inquiry into who leaked Simon Bridges' expenses to the media after the Speaker, Trevor Mallard, cancelled a Parliamentary inquiry into the matter.

All 56 National MPs have now signed a privacy waiver.

Mr Bridges said the investigation by PWC and Simpson Grierson will look into the original leak of his expenses.

But it will also consider a text that was sent by someone claiming to be a National MP begging for the Speaker's inquiry to be called off for mental health reasons.

The investigation's start date coincides with the time that rumours about the National Party leadership under Bill English started circulating - barely two weeks later he was gone.

On 8 February, the caucus gathered in Tauranga for a retreat, which was hosted by Mr Bridges who would go on to become the leader.

PWC will conduct the forensic work and lawyers at Simpson Grierson will be responsible for filtering what information is and isn't passed onto Mr Bridges and his deputy, Paula Bennett.

Mr Bridges has given an assurance that no communications between journalists and MPs, outside of the terms of reference of the inquiry, will be passed on to him.

"There is a filter for this from PWC to Simpson Grierson before it would come to us ... myself and the deputy leader. For it to come to me it would only be in realtion to the leak and the text," Mr Bridges said.

"It would have nothing to do with journalists, journalistic privilege, I take those issues seriously and I can assure you they form no part of this."

Mr Bridges said it was appropriate for the investigation to cover a seven-month period.

"Look simply I think if we're going to do this we need to do it well and to do that and to give PWC here the best chance to do the job you do need a time period in which to do it,'' he said.

National MPs confirmed they had signed the privacy waiver and none denied they would have to hand over both their laptops and mobile phones.

Senior MP Judith Collins said she was no stranger to inquiries and was happy to oblige.

"I've done it so many times ... you must remember I have already undergone the Chisholm inquiry which took six years of all of my details, so I have no problem handing over all of mine,'' she said.

It is unclear how long the inquiry will take or whether it will name the person responsible if they are found.