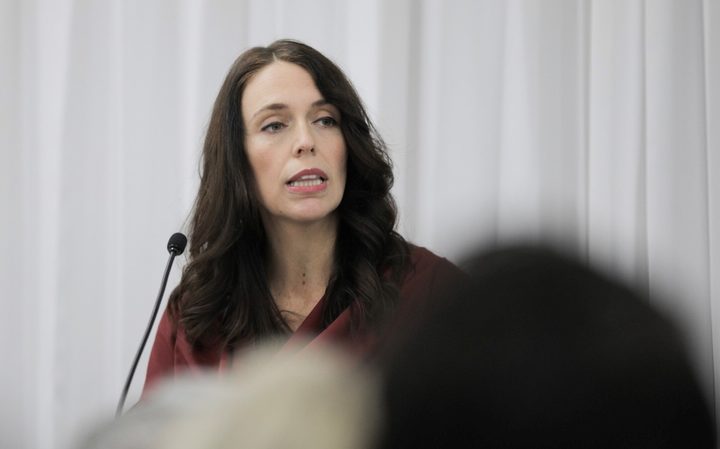 The announcement prompted National MP Judith Collins to suggest on Twitter that Ms Ardern should spend more time listening to small businesses like those in her home town. "Big businesses are very valuable for NZ but are much better equipped to look after themselves," Ms Collins said.

She said small businesses like hers felt left out in the cold by Ms Ardern and the new advisory forum would not change that.

"Business is tough... to be honest, the country's been a little bit tipsy-turvy since she got in."

Customers were spending less as they were worried about the direction of the economy, she said. Her business last month was about 40 percent down on the year before.

"I'd have customers come in and spend two or three thousand [dollars] and think nothing of it - well, those days are gone."

She said the slowdown in business could be due to many factors, but believed at least 75 percent of the blame sat at Ms Ardern's feet.

"We're all concerned about the money that she's spending. Where's all this money coming from? It makes people nervous.

"It's had a huge knock on effect all round the country. And we never had that before, did we?"

Leigh Blissett, owner of local bike store Kaimai Cycles, has also noticed a downturn in business over the past few months.

He said Ms Ardern was simply pandering by setting up yet another committee.

"This latest government has formed more sub-committees and quasi-bloody-boards than any other government in history," he said

"All they are is full of smoke and hot air."

'We've got the ability to keep New Zealand growing' - Robertson

Finance Minister Grant Robertson said Morrinsville businesses know the situation in their town and with their own firms, but overall economic conditions in New Zealand remain good.

"We are still a good place to do business, unemployment is relatively low on historic trends, we've still got a surplus, debt levels are low. This is a good opportunity to invest in business.

"The message the prime minister was giving yesterday was we want business at the table, small and large, to be working with us but we do feel that we've got a plan and that we've got the ability to keep New Zealand growing sustainably."

Mr Roberston said he didn't expect surveys that have shown flagging business confidence would change as a result of the prime minister's announcement yesterday.

"What we're saying is we know that working with the business community is really important," he said.

"[The] surveys are what they are, and we have to recognise the messages that we're receiving through them, but we're not fixated on them."

He said they were only one element of how the government engaged with business.

Ms Ardern said the new council would provide "high-level free and frank advice" on key economic issues and report back on opportunities and emerging challenges.

"I want to work closely with, and be advised by, senior business leaders who take a helicopter view of our economy, who are long term strategic thinkers who have the time and energy to lead key aspects of our economic agenda," she said yesterday.

But Nigel McWilliam of from Morrinsville's Chamber of Commerce said small enterprises felt like the phone was off the hook.

"Small businesses are the engine room of the economy. We employ basically the majority of people in small towns and the regions - and we're being missed out."

He acknowledged that the government recently set up a Small Business Council earlier this month to provide advice on the sector.

But he said the 13-person group included representatives from large companies like Xero and Fonterra.

"That's just out of step with what we need... they need to have councils that have small business owners on them."

Mr McWilliam highlighted the impact of increasing wages and fuel prices on small businesses and said the prime minister must do better.

"She's from here and she needs to engage with us... so we can keep our town strong."