Prime Minister Jacinda Ardern retains confidence in Clare Curran holding on to her broadcasting portfolio, despite demoting her from Cabinet. 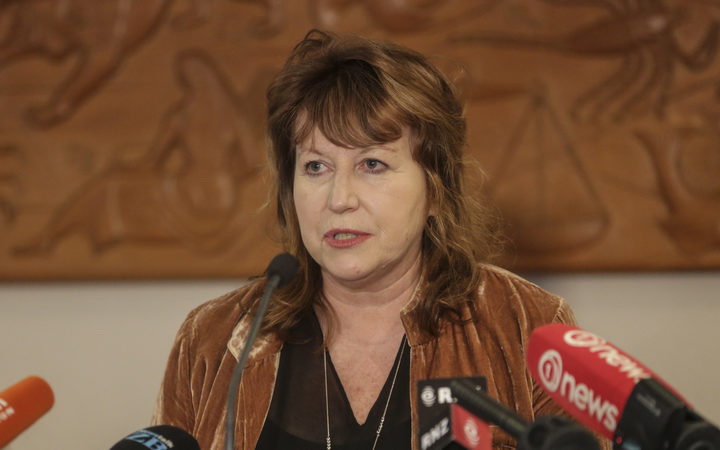 The prime minister removed Ms Curran's Government Digital Services and Open Government portfolios and sacked her from Cabinet. She keeps her Broadcasting and ACC portfolios.

Ms Ardern defended her decision to keep Ms Curran in the broadcasting role.

She said the mistake Ms Curran made was in a meeting that involved the Government Digital Services portfolio.

The Beehive meeting that was not recorded was with Derek Handley to discuss the government chief technology officer job.

"She did not record the meeting, the meeting itself wasn't the issue, it was the lack of transparency around it, that's also why she lost the Open Government portfolio," Ms Arden said.

She rejected any suggestion that allowing Ms Curran to keep the other roles was a minimum sanction or showed weakness.

"Some would consider sacking someone from Cabinet for not writing something in a calendar was harsh. I consider it proportionate."

Ms Ardern said she had full confidence Ms Curran in holding the other two portfolios.

"Yes I do - but every minister has to prove themselves daily."

Ms Ardern announced the demotion on Friday afternoon but had known of of the issue on Monday.

She told Morning Report in the the four days before the announcement she was moving ministerial warrants and making sure the Minister of State Service Commission picked up the appointment process for the Chief Technology Officer role.

"It was my hope that we might have a little more formality around that appointment process.

"It looked like that wasn't going to be possible in that time frame available. I made the decision then that I just needed to get on with making it known that we had that issue."