In a bid to claw back from one of its greatest criticisms, the Green Party says it has government support to include water extraction rules in the next review of the Overseas Investment Act. 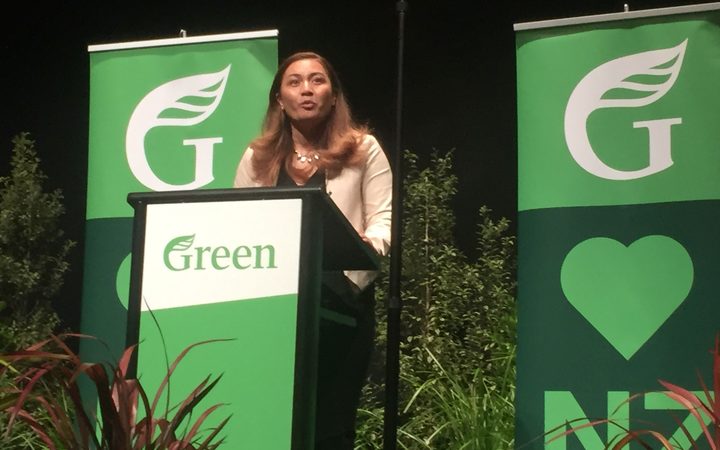 A second round of amendments is already being developed and the Greens say they have the government's support to look at whether stronger tests should be set for land sales involving any bodies of water.

Green Party co-leader Marama Davidson made the announcement during her speech at the party conference in Palmerston North today.

"Water should not be for sale to the highest bidder. Changing the law is a key step towards protecting it for the generations ahead.

"Minister [Eugenie] Sage and I will keep pushing hard to see that this change is included in the reforms that come out of the review."

Had these tests been in place, Land Information Minister Eugenie Sage could have stopped the Otakiri Springs water bottling decision.

The Green Party copped a lot of criticism when Ms Sage, as minister, signed the sale off to a large Chinese company in June.

At the time Ms Sage said her hands were tied, as she could only consider benefits such as jobs and exports while environmental issues like water extraction were left to local councils to determine under the Resource Management Act.

Ms Davidson today said water must be a factor considered when weighing up whether a sale should be approved or not.

"We need to ensure that we are not giving away this resource to international corporations to reap profits from at the expense of New Zealand's best interests."

It's the first conference the party's held since making it into government, and Mr Shaw pushed the positives. 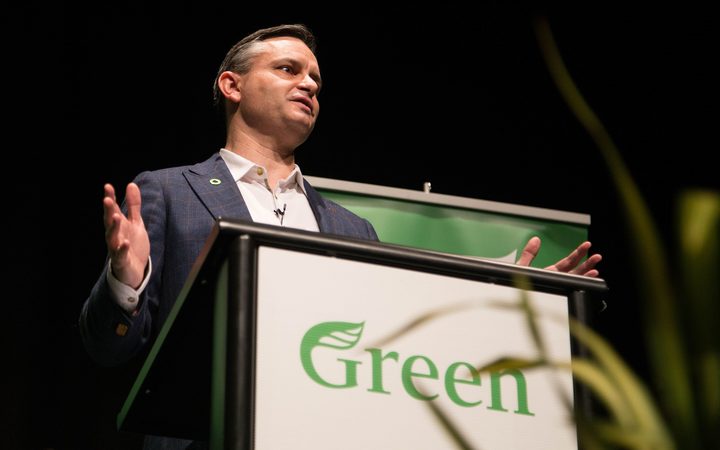 He said it was the membership that put them there.

"It was a hell of a ride through a campaign that took its toll.

"But what got us through and delivered us back into Parliament, and into government for the first time ever, was you."

He made no mention of the Waka Jumping Bill, but did allude to it.

"We haven't won every debate and the menu does feature the occasional deceased rodent."

Instead, he said the party was "even stronger" in government, because they were being tested every day.

"The wins we're celebrating this weekend are momentous and should not be underestimated. There is so much more to be done. But we are just getting warmed up," he said.

He said it was up to Ms Davidson to negotiate with government ministers on issue after issue, and said she was doing that job, taking "every opportunity to make the the Greenest government ever".

Mr Shaw also thanked his former co-leader Metiria Turei, who at the party's last AGM, admitted to benefit fraud and sparked a series of events that saw the Green Party on a tumultuous ride to Parliament without her.

"It's been a year and nine days since Metiria stepped aside as co-leader.

"But what she fought for - a welfare system that treats people with dignity and respect, which offers people a decent life, at every stage of life - we now have a shot at delivering on as part of this government."

The party's AGM runs through until tomorrow.