The Green Party is gritting its teeth and supporting a bill that would have prevented the success of its founding members and will put out some of its core membership.

It's known as the Waka Jumping Bill and it prevents MPs switching parties or striking out as an independent if they are ejected from their caucus.

The caucus decision means the bill will pass with all-of-Government support, despite the Greens fierce historic opposition to the concept of it.

The late Rod Donald and his colleague Jeanette Fitzsimons left the Alliance Party and contested the 1999 election under the banner of the Green Party for the first time.

That same year, an anti-party-hopping bill was put in the member's ballot, then later picked up as a Government Bill which passed in 2001.

The Greens' co-leaders vehemently opposed it from day one, with Mr Donald telling Parliament that it was vital MPs weren't turned into party robots.

But now the Greens have rolled over in support of a similar bill, in order to keep their coalition partners happy.

Co-leader Marama Davidson said the caucus doesn't like the bill and they won't defend it, but it is the price of being in government.

"We know that all three of us in this MMP arrangement have to compromise," she said.

"That's why we've been celebrating the end to new oil, but New Zealand First have previously made their political position clear on that and it was different to ours." 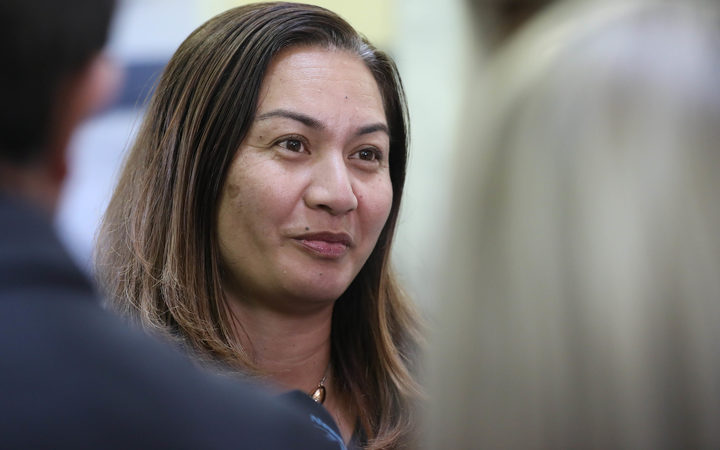 She told Morning Report today that she empathised with current and former members of the party who had expressed reservations about the bill.

She said the bill threatened democracy, but said the Green Party had to make compromises in order to make "big, lasting changes" as part of the government.

"It is very hard to swallow, and it requires us to make sure that we deliver the strongest possible priorities and gains that we have said we will do."

Ms Davidson said this was the nature of asking three political parties to find common ground.

National's Nick Smith recalls the founding leaders of the Green Party describing the original bill as the most draconian, obnoxious and un-democratic bill that had ever been before Parliament.

"For the Green Party to rip up its very soul and values for the price of power, will strike at the heart of those Green Party supporters," he said.

"This will do irreparable damage to the reputation of the Green Party."

The Greens' Eugenie Sage admits it's not what the party or its membership want, yesterday calling it a dead rat that the party had to swallow.

But the acting Prime Minister Winston Peters doesn't buy that.

"I don't think that enhanced democracy is a dead rat," he said.

"I don't think the Labour Party when they brought the bill in originally with a sunset clause were breaching democracy in this country. Quite the opposite. A whole lot of people back then said it was needed, so what's changed?"

The Green Party caucus knows it has not pleased its voters, but it is not expecting lasting damage from the decision.

Ms Sage said people vote on a range of issues and when it comes time to vote they will see the progress the Greens have made in government on issues like climate change, conservation and transport.