A group of constitutional law experts has warned MPs that the government's waka-jumping legislation is undemocratic and should not be passed. 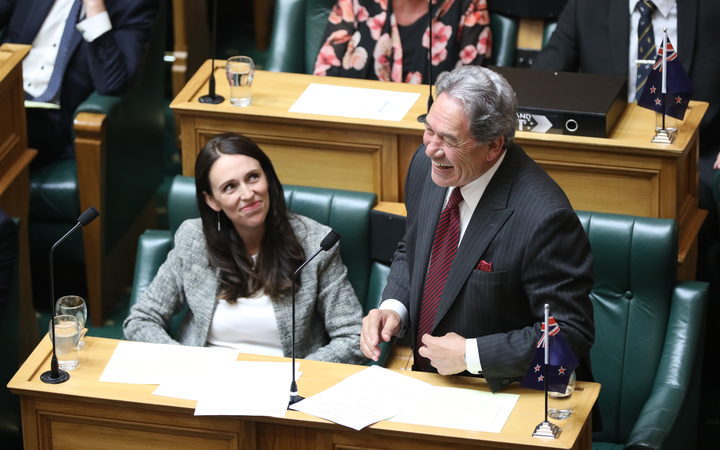 The bill, which is part of Labour and New Zealand First's coalition agreement, is being considered by a parliamentary select committee.

The legislation would prevent MPs switching parties during the term, or striking out as an independent if they are ejected from their caucus.

It would apply to both list and electorate MPs.

The group of 19 law and politics academics, from four universities, were represented at last night's hearing by two professors from Victoria University - Claudia Geiringer and Elizabeth Mcleay.

Dr McLeay told MPs that the bill was a solution looking for a problem.

"There's no significant problem with political defections in New Zealand and that stands in stark contrast to the situation in other jurisdictions which have adopted anti-defection legislation for good reason - India is a case that is often cited."

Claudia Geiringer explained just how bad the situation in India was which warranted the law change there.

"There was a sort of a five-year period before they introduced their anti-defection legislation where of the 4000 members of the various legislatures within India, there were 2000 switches in that five-year period."

Dr Geiringer said the Indian example showed just how much the New Zealand legislation was like using a sledgehammer to crack a nut.

The Attorney General found the bill's compliance with the Bill of Rights was "finely balanced" prompting the Human Rights Commission to warn Parliament to be careful about passing it.

Chief Human Rights Commissioner David Rutherford told MPs the bill could have a chilling effect on MPs freedom to express legitimate disagreement within their parties.

"The proposed bill could fetter the ability of Members of Parliament to speak freely and express views contrary of others in their party ... any potential restriction on the rights of the people's representatives must be dealt with cautiously."

The bill passed its first reading with the support of Labour, New Zealand First and surprisingly the Green Party.

Suprisingly because the Greens had always railed against party-hopping legislation calling it undemocratic and dangerous.

A former Green Party MP, Keith Locke, reminded the committee of what his party said when the same legislation was debated during his time.

"In Parliament I called the earlier 2001 bill the party conformity bill, the Green co-leader Rod Donald called the same bill 'the most draconian, obnoxious, anti-democratic, insulting legislation every inflicted on this Parliament."

The legislation provides a provision where if a leader wanted to eject an MP from her or his party, they must get the support of two-thirds of the caucus to do so.

The former speaker of the House, National list MP David Carter told MPs that the bill was clearly being proposed to provide stability to the current coalition government.

"We know why this legislation is here, it is about political management of this particular coalition by one particular political party.

"In my history of watching that party in operation over a long period of time, is it is unlikely that two-thirds of the caucus would not back the leader."