National goes into its first conference since losing government this weekend, with a focus on renewing its policies and turning its eye to the 2020 election. 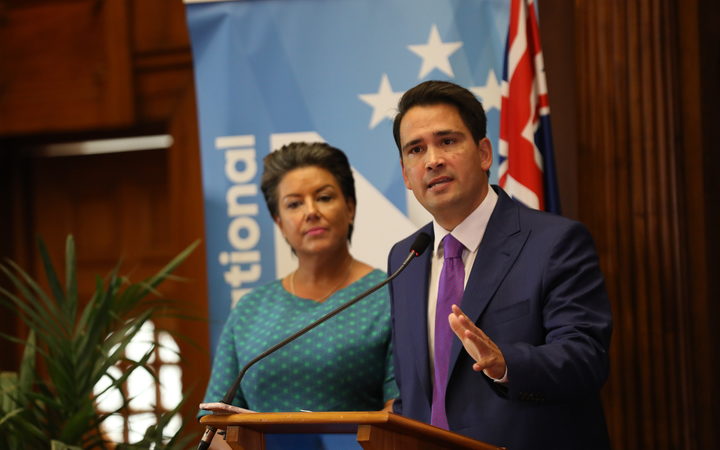 There will be some wound-licking after the party won the largest share of the votes, but couldn't woo New Zealand First leader Winston Peters into giving it a fourth term in power.

But the party's leadership and MPs say there is also cause for celebration with National still holding up well in political polls, while it also has the luxury of a sizeable united team in opposition.

Party leader Simon Bridges has only been in the top job for five months and he's just completed an exhaustive tour of the regions as he tries to lift his profile.

While his party continues to poll strongly for an opposition party, his personal polling is not so stellar - but he said he was not bothered by that.

"We're in a parliamentary, not a presidential system.

"Under my leadership National is very strong, possibly a little stronger than the election - it's energised, it's united and I think we are going to outwork the government and show them how to lead."

Mr Bridges said he planned to build momentum over the next few years into the election, which he said he fully intended to be leading the party into.

"I think the Labour Party and maybe some of those around it will be wanting to see us and the disarray frankly that they were in, going through different leaders - that's not going to happen, you know, tough luck for them."

"He's been getting around the country and he's been doing a lot of listening to people, the fact is that Simon is putting everything into it and I am doing everything I can to support him."

National has 56 seats in Parliament, making it an unusually large opposition party.

Ms Collins said having been an opposition MP before, she thought the current team was doing a great job.

"But obviously the hard yards still have to come and I think what people will want to see from us is that we've got a plan to go forward and that we're obviously in opposition mode, as in holding the government to account, but that we have going into the next election some good policies that resonates with the electorates."

Party president Peter Goodfellow said the message was coming through from the membership that it was time to review the party's policies, so that would start at the conference.

"It's about listening to our members pretty heavily, obviously holding this coalition government to account and actually getting the input as strongly as we can from what our members want in terms of policy, for us to consider over the next 12 to 18 months."

The conference starts tomorrow morning, with Mr Bridges due to give his leaders' address on Sunday.