Young Labour and the Young Greens are throwing their weight behind calls for the government to ban gay conversion therapy. 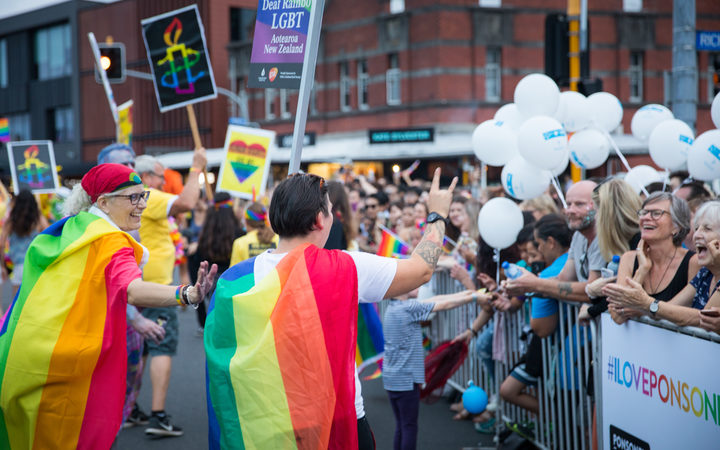 The two youth wings say the practice is unethical and inhumane and they have teamed up to launch a petition today urging Parliament to outlaw it.

Conversion therapies can include any form of treatment or psychotherapy that aims to change a person's sexual orientation, eliminate or suppress same-sex attraction.

Young Greens co-convenor Max Tweedie said these sorts of therapies did not work and could cause more harm than good.

"You can't treat homosexuality or bisexuality or other sexual orientations that aren't heterosexuality. Trying to change them using these therapies is actually just damaging to people's mental health," Mr Tweedie said.

By launching a petition, Mr Tweedie said the Young Greens and Young Labour hoped to show the government there was widespread support for conversion therapy to be banned.

"This isn't a massive overhaul to the health system, it's not going to take up a lot of time or energy from the ministry to look at how we can implement these changes."

Mr Tweedie said it should be something that a progressive, Labour-led government pursued.

"Labour and the Greens are huge supporters of our [rainbow] community and have been for years and years and years. And the policies that we had coming into the 2017 election were incredibly progressive on rainbow issues."

However, the government has no intention to pursue a ban.

Rachel* is in her mid-40s. She grew up going to church and married at the age of 27.

However, she came to realise her marriage was not working out. At about this time, Rachel said she met a woman and developed feelings for her.

Rachel said she was struggling to make sense of it all. She tried to "pray the gay away" herself and ended up going to see a Christian counsellor.

"She sort of said, well, first of all, it's wrong to be attracted and having thoughts about somebody else when you're married, and it's doubly wrong if it's same-sex or gay - that's a sin."

Rachel said she was told to focus on her marriage - and block out any other thoughts she might have.

"At first I thought, well, it might be just a temporary kind of thing and maybe god will take it away, or whatever, and I've just got to focus on staying in my marriage.

"It kind of felt like it was a big secret with just her and I. It was weird because there was the exciting side of it, because it was a part of me that I'd been missing, but at the same time it was a part that I had to be ashamed of. It was really confusing."

Eventually, around the time the Marriage Equality Bill was being debated by Parliament, Rachel realised there was nothing wrong with being attracted to someone of the same sex.

"I just remember feeling so excited and feeling like, this is so right that people should celebrate their love - and what the counsellors told me and what I thought my whole life just doesn't make sense."

Rachel said she was damaged by what she went through - and she knows others who have had similar experiences.

Ollie*, 24, grew up in a very conservative, church-going family. He knew from an early age that being gay - and acting on those feelings - was sinful and ungodly.

When he came out at 17, he said he wanted to talk to someone about it and his parents arranged for him to see a counsellor.

"It was made quite clear at the first session that this wasn't about trying to turn me straight, and it was fully just about coming up with ways and strategies in order to control my feelings and to prevent them from turning into behaviour of a sexual nature, or behaviour of a homosexual relationship."

But Ollie said the sessions ended up having the opposite effect.

"The first time I went, I was like, quite scared, but also wanting to be there, and then as the sessions progressed, it was funny because I remember every session, as they went on, the more I realised that the sessions were useless in the sense that living a homosexual lifestyle is the lifestyle I wanted to lead."

* Names have been changed to protect people's identities