Mangere will have 10,000 new houses in a redevelopment of old state housing, Housing Minister Phil Twyford has announced. 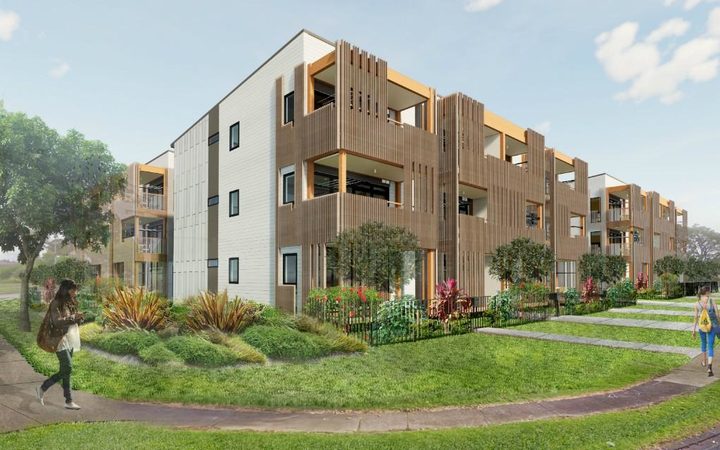 An artist's impression of some of the 10,000 proposed homes in the Mangere redevelopment. Photo: Supplied

In their place there will be about 3000 new state houses, 3500 new KiwiBuild affordable homes, and 3500 market homes.

Mr Twyford said the houses would be built over 10 to 15 years.

Construction of the first new state houses would start in the coming months and were due to be finished mid-2019.

State house tenants who had to move as part of the development would be able to stay in the area if they wanted to, Mr Twyford said.

Housing New Zealand would be working closely with the affected tenants to find them a new place to live.

Some might take the opportunity to move elsewhere to be closer to work or family, Mr Twyford said.

But those who wanted to stay in Mangere should be able to.

"If people feel a strong attachment to Mangere, and there are families who have lived here for a long time, then they should have the opportunity to be able to move back into this community."

Work on the first KiwiBuild and affordable homes would be finished towards the end of 2019 and early 2020. 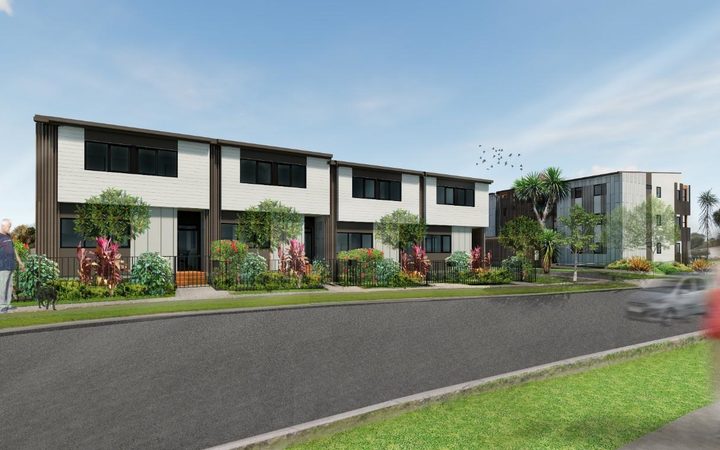 An artist's impression of some of the 10,000 proposed homes in the Mangere redevelopment. Photo: Supplied

Mr Twyford said local people would be given the first chance to buy the KiwiBuild properties as they became available.

If more residents were interested than there were homes, there would be a ballot.

"If local people don't want to bid for those homes then we'll go back to the general ballot."

"Prices and exact numbers would be finalised as building contracts are agreed. Long-term rent and shared equity options were also under development.