The government will lift the student loan cap for medical students and others doing long undergraduate courses, Education Minister Chris Hipkins has announced. 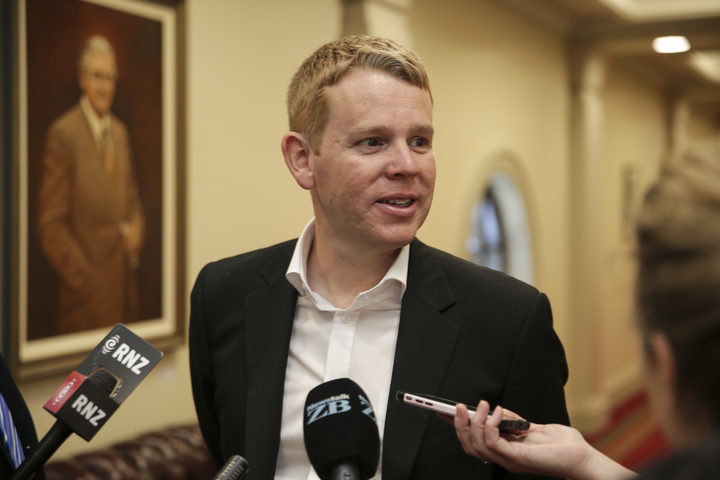 The previous government introduced a seven-year borrowing limit in 2011, and extended it by one year in 2016 for students on specific courses.

But dozens of medical students were still being caught short, hitting the limit a year or two out from graduation.

From 1 January 2019, the limit will be extended to 10 years for medical students and others studying dentistry, optometry or veterinary science.

Mr Hipkins said the cap had a disproportionate affect on those students.

"They've gone all the way through their studies, it's usually the last year or two that they can't borrow through the student loan scheme for and it does have a big impact on them.

"It's slowing down their course completion in many cases - we want them to finish their medical degrees and get on with their working lives."

Ajda Arsan from the Medical Students' Association said they had been campaigning for these sorts of changes for years - and they had been disappointed it was not included in May's Budget.

"I think today many of our members will be breathing that sigh of relief knowing that they actually will be able to graduate, become the doctors that they've always wanted to be and actually go out there and be serving their communities."

The students most affected by the cap have been those who have done a degree before going to medical school.

Alongside that, Ms Arsan said, there had been concerns about the impact on students from lower socio-economic backgrounds, as well as Māori and Pasifika.

The health system needs doctors from diverse backgrounds, she said.

"That was really our concern, what does it mean for students who aren't necessarily from a well-off background?

"Medical school can already be quite privileged, we want to make sure that it's diverse and it's representative of the people that we will eventually be serving as doctors."

Chayce Glass from Te Oranga, the Māori Medical Students' Association said lifting the cap would ease the pressure on those students - and their whānau - who were worried about how they would pay for their final years of study.

Te Oranga and the Medical Students' Association has done rough costings that suggested annual tuition fees would amount to about $15,000.

"That's not even considering living costs that some people also use their student loan for, so it was going to be a significant hurdle to try and raise $15,000 and then try and find money to live off as well throughout the year," Mr Glass said.

The Medical Students' Associations said extending the cap to 10 years should be enough to get the vast majority of students through their degrees.

But it looks unlikely that the government will scrap the borrowing limit altogether, with Mr Hipkins saying there was potentially some value to it.

"People do have to pay that money back and we don't want people forever in the tertiary system, constantly borrowing and never repaying any of the funding back. But I think that the previous cap was clearly too low and it did affect those in long courses disproportionately," Mr Hipkins said.

The cap will remain at seven years for undergraduate students who aren't studying medicine, dentistry, optometry or veterinary science.

The initiative will cost $11.7 million in operating spending over the next five financial years, and have an $18.1m impact on the capital budget,

Funding for it comes from within Crown baselines and doesn't require any new appropriation.