A playground is to be built on the front lawn of Parliament in an effort to get more families to visit. 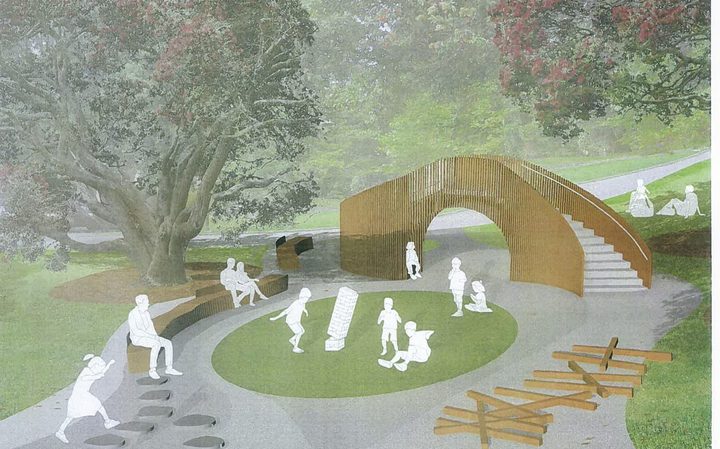 An illustration of what the playground will look like. Photo: Supplied

Speaker of the House Trevor Mallard is behind the idea as part of his push to make Parliament more friendly, open and accessible for the public.

The play space will be constructed in spring on the smaller of the front lawns, with Mr Mallard saying it would also help to meet the rapidly growing need for play spaces in Wellington, as inner city apartment living became more common for young families.

"I think it's important to make Parliament more open and to encourage people to come to it - what I'm hoping is that people will flow from the playground into the building into the tours and that Parliament will be demystified a bit."

Mr Mallard said the playground plan was based on having minimal disruption on the view of Parliament.

"So we don't want big sort of red, yellow and blue slides and playground equipment - it involves a slide, natural materials, it's got a tunnel, a maze, and stepping stones - and it's got some seats for people who are supervising the kids to sit down and to watch them.

"It's not a big playground, and you won't see much of it from a distance."

Mr Mallard has made a number of changes at Parliament to try to make it more family-friendly for MPs, staff and visitors - including last year allowing staff to bring their pets into work. 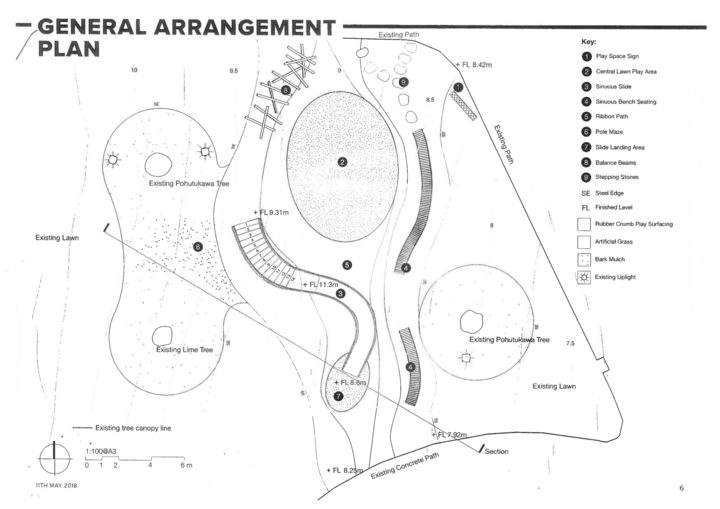 The plan for the playground. Photo: Supplied

"I think Parliament is often seen as quite a stuffy place, and as a result of that not everyone is comfortable working here and I think to encourage people to come and work here, to stay here and to make it a better workplace, then we have to be family-friendly and sometimes that involves having the odd animal around.

"There's lots of anecdotal evidence around that places can be destressed as a result of having some kids and animals around."

Mr Mallard is also proposing Copperfield's Café in Parliament is opened to the public on non-sitting days.

He said that was partly to help demystify Parliament, but also to help the business itself.

"Copperfield's is very unevenly used, it's used three days a week for 32 to 35 weeks of the year when Parliament is sitting and the rest of the time there is minimal use.

"The staff end up with very poor hours as a result and the economics of the place is not good."

Mr Mallard said he was not prepared to subsidise the food for MPs and staff, but the way to keep the prices reasonable was to have more even usage.