A stoush over a proposed Housing New Zealand complex in an upmarket Auckland suburb shows no sign of being resolved, with the Epsom MP doubling down on his contentious remarks. 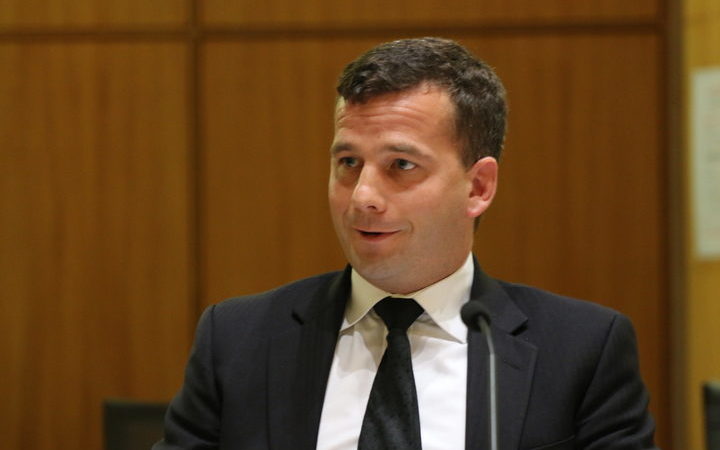 Epsom MP David Seymour called a public meeting for residents to meet with Housing New Zealand representatives and voice their concerns over a proposed complex at Banff Avenue. Photo: RNZ

ACT Party leader David Seymour sent a letter to locals last week with a line warning that some of the future tenants would have social and mental health issues.

"There is also a chance that some of the future residents will have social and mental health issues who will need to have special support measures in place," the letter read.

It also included lines about the pressure the extra residents would put on local infrastructure, and concern about a lack of on-street parking.

The government's housing agency has applied for resource consent for the development, but many locals were not happy about the prospect of new neighbours.

"The stories about what some of these precious tenants are like are hair-raising. They're really, really horrible experiences," a Banff Ave resident said.

"We're not actually totally against it, so long as there aren't too many people that cause trouble," another local resident said.

One of the locals with children said he was particularly concerned about safety.

"It is going to mean a lot of law and order and security issues. My children, we already don't allow them to pass that area at night, and we pick them up and drop them off at the bus stop as we don't feel safe in that area as it is. With 25 more residents coming in there, it's going to be a problem for us," he said.

But the invite to the meeting has riled up advocates like Shaun Robinson, the chief executive of the Mental Health Foundation.

"Many of the constituents that Mr Seymour wrote to will currently be experiencing mental health problems themselves. To kind of equate it with poverty and undesirable people in your community is completely unnacceptable, it's ignorant, and it's completely counter-productive."

However, Mr Seymour said locals had genuine concerns about the proposed complex.

"They've had public urination, people yelling at and intimidating them, women being grabbed while going running, parents fearful for their children in the area - and bearing in mind this is a street with a Church and a major school on it - people are concerned," he said.

"And the thing that I find most offensive about it is he's stigmatising mental illness in the process," he said.

Housing New Zealand said the current buildings should have been demolished some time ago - and the redevelopment was better use of taxpayers' money than refurbishment.

In response to the criticism that residents were not properly consulted on the matter, an agency spokesman said they first wrote to residents on 18 January, 2018 to let them know Banff Ave was being investigated for future redevelopment. It then informed them on 10 May via letter that Housing New Zealand had applied for a resource consent for the redevelopment.

The agency was now working with Mr Seymour's office to set up a community representative group and a meeting was planned before the end of the month.