Claims of a funding shortfall left by the former government have spread from health to education. 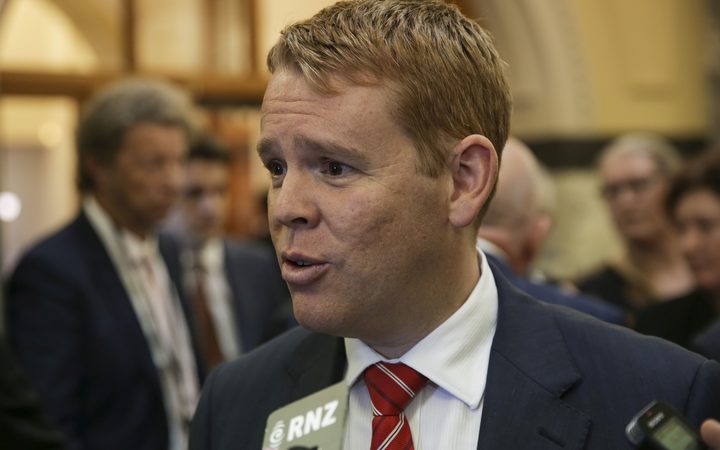 In the latest 'fiscal hole' claim, the education minister is accusing the former National government of leaving a $1 billion funding shortfall, that will have to made up in the Budget.

National said that was rubbish and the government was trying to shift the blame because it was struggling to meet its own campaign promises.

Senior ministers have already been talking about a $10 billion capital funding deficit for health over the next decade.

Mr Hipkins said the previous government ignored the fact a growing population would put up the cost of running the country's schools.

"National pursued population growth at all costs, but did not plan for those costs," he said.

"It's one thing to try to boost the economy by increasing the population size, but no plans to pay for the infrastructure to support those extra people is short-sighted."

The government would now need to find the money to deal with the shortfall as well as fix quake damage schools in Christchurch, he said.

"When combined with the need to fund urgent repair work and there being no money in the kitty to finish the Christchurch school rebuild programme, we're faced with a whopping $1.1 billion bill over the next four years."

But National's education spokesperson Nikki Kaye said the government was in a pre-Budget panic.

"Labour is struggling to deliver on their wild campaign promises because they ignored the basic capital pressures of business-as-usual government."

"The chickens have come home to roost," she said.

"Despite billions of additional funding from new revenue and borrowed money, Labour is admitting they failed to budget for business-as-usual spending and are now crying poverty."

The $1.1 billion of school property projects that needed funding were no surprise, Ms Kaye said.

"This is embarrassing for the minister, because the projects are just part of business-as-usual that the government needs to fund each and every Budget."

However, Finance Minister Grant Robertson rejected any suggestion the government was trying to rewrite history to make itself look better.

"This is about the fact that we have had a significant population increase in New Zealand over recent years.

"The flow through to the schooling system should have been clear to the previous government [but] it wasn't funded for."

Last year, National's then finance spokesperson Steven Joyce attacked Labour over its fiscal plan during the election, claiming it had an $11.7 billion hole.

That claim was widely discredited by economists.