Exemptions to US tariffs on steel and aluminium do not seem to be based on any clear principle and are worrying evidence of rising global protectionism, says Trade Minister David Parker. 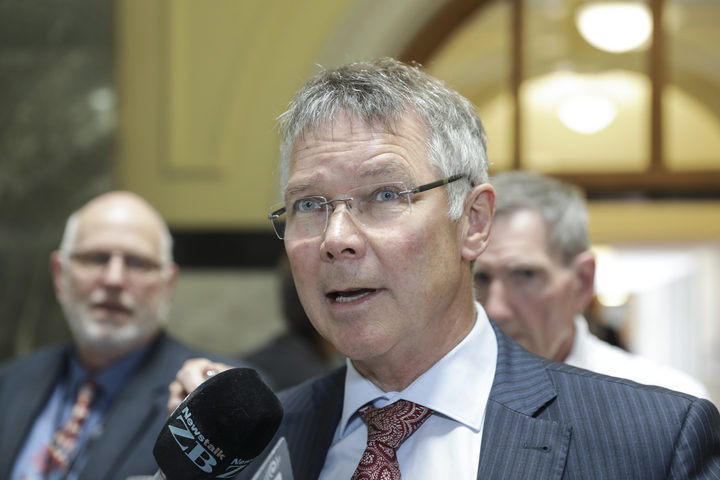 US President Donald Trump this week announced negotiations with Canada, the EU and Mexico on exemptions for his upcoming trade tariffs on steel and aluminium would be extended for 30 days.

The US has also reached an agreement in principal with Argentina, Brazil and Australia, but New Zealand appears to have been left off the list.

Mr Parker told Morning Report said the decision was a disappointment to the government.

"We always knew it was a significant risk that we wouldn't be [on the list] which is why we were saying that it was 50-50," he said.

"There's still talk in the news on the part of the US administration that those who have got exemptions would have to agree to voluntary volume restrictions or quotas which might be in breach of World Trade Organisation rules."

Mr Parker said every effort that could be made had been.

"I've had a number of conversations with the US ambassador to NZ our officials include the former trade minister Tim Groser, he's very experienced in trade and has been working at the highest levels in the US.

"It's notable that the Prime Minister of Japan, another close ally of the United States, was in the US for talks just a week ago and they haven't got an exemption either.

"We continue to try and get an exemption but at this stage it's looking less likely than 50-50."

He said Foreign Minister Winston Peters had not been involved in negotiations, but reiterated it would not have a large overall effect on New Zealand's economy.

"I don't think that there's much doubt that there'll be downward effects on prices in some parts of the world, what will be the effect on prices in New Zealand is unclear partly because of our distance from other markets and also the complexities in relation to New Zealand and Australia trade given they've got an exemption and New Zealand hasn't.

"There are actually prior instances where New Zealand hasn't had an exemption and Australia has and it's actually worked out quite well for our exporters."

He said it pointed to a global trend towards trade protectionism.

"Overall this is evidence of a worrisome trend of rising protectionism in the world, that's why other agreements like CPTPP and our other negotiations with the UK and the EU are more important than they were a year ago."

That was echoed by Employers and Manufacturers Association chief executive Kim Campbell, who said the main issue was not the tariffs but the ideas around the move.

"The fact that they're not prepared to make exceptions for trading partners like us, who don't have any real adverse impact on jobs or the American economy at all, it just seems a little bit mean spirited," he said.

Mr Campbell said about 48,000 tonnes of steel is exported to the US per annum from Auckland.

"That in itself is a problem, but we got to take into account the knock-on effects of the steel that's coming out of the US, because these tariffs is going to make a lot of steel available and that will definitely have an effect on the balance on the steel produced in New Zealand," he said.

Mr Campbell said it was hard to qualify what this would mean for our economy, but said it was a real risk and the race was now on to negotiate other free trade agreements with post-Brexit Britain and Europe.

Manufacturers Network chief executive Dieter Adams said that while it wouldn't have any significant economic impact, it did not help that there was already an oversupply of steel on the global market.

"This is going to make the situation worse, so that will have an impact on our economy," he said.

Mr Adam warned any interference with complex international supply chains could reverberate through the whole system.

"The Europeans have already promised to retaliate and the Chinese have said they will take countermeasures and if it's not controlled it won't take long until our exporters will be effected in a way that is very hard to predict at this stage," he said.