Outgoing National MP Jonathan Coleman is defending his record as Health Minister, while debate rages on about funding for public services. 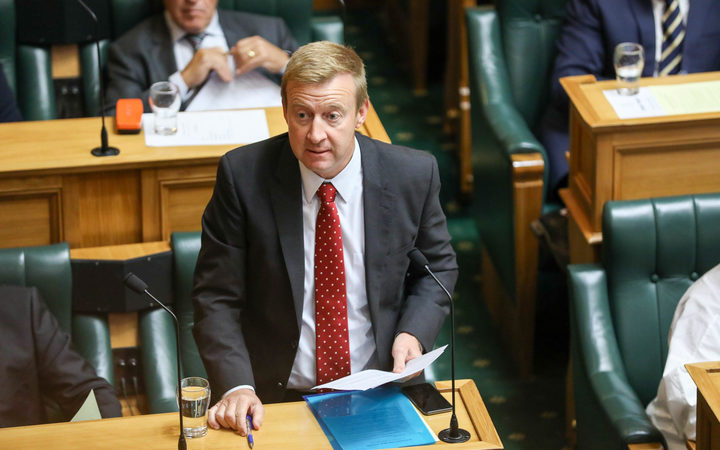 Dr Coleman delivered his valedictory speech to Parliament yesterday as he prepared to take up a job heading the private health provide Acurity.

The coalition government is softening up the electorate for a Budget that may not live up to everyone's expectations, by talking up deficits in health and education it inherited from National.

Rotting buildings at Middlemore Hospital, DHB deficits and government claims of a health fiscal hole have plagued Dr Coleman after he handed over the reins to the new minister David Clark.

Dr Coleman said he leaves believing he did a good job, but can't take sole responsibility for health funding.

"As Minister of Health you receive money in each Budget, and that's decided collectively by the Cabinet so you can't hold one individual responsible for the funding of the health system ... but whatever you put into health there'll be always people who say it's not enough."

But Labour is launching a full-court press against the record of the former National government, with health a main target.

Health Minister David Clark said he had a "ropey" figure of about $14 billion for extra capital spending needed over the next decade.

"What is clear from the stories I've been hearing from all the DHBs is that many of them have claims to buildings that need replacing, these buildings and situations didn't occur overnight ... they won't be solved in one Budget."

Dr Coleman questioned where that figure came from.

And the government was using rotting and leaky building at Middlemore to imply much bigger problems, he said.

"They're making a huge play on these leaky buildings ... which the last government was never told about, to fix those buildings is a tiny slither of less than 1 percent of the total health budget.

"To extrapolate that to say that is a symptom of what's happened right across the health system actually portrays a very misleading picture."

Labour and the Greens have Budget Responsibility Rules under which debt would be paid back more slowly than under National and spending limited as a proportion of GDP.

Finance Minister Grant Robertson said these would not change, as they were financial disciplines the two parties campaigned on.

"They're about setting the balance between making sure that we're prudent with taxpayers money but also make the investments we need to make."

Dr Coleman's departure just six months into the new parliamentary term has sparked a by-election in his Northcote seat, to be held on Saturday 9 June.

The National Party will announce its candidate on Sunday.