A Green Party MP accused of ministerial interference is changing her story about meeting with the Environmental Protection Authority. 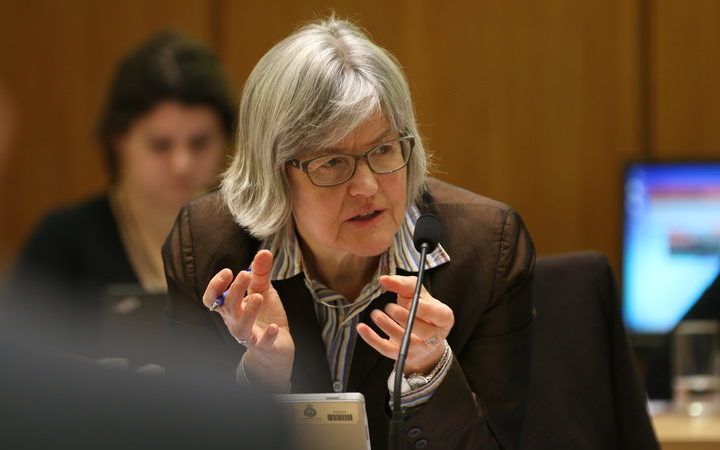 Eugenie Sage now says she didn't meet with the EPA's chief executive Allan Freeth when she previously said she did, and doesn't think she discussed the EPA's controversial chief scientist with him like she said she had.

The scientist Jacqueline Rowarth resigned this year after Ms Sage, the associate Environment Minister, and others raised concerns about her conduct with Dr Freeth.

As well as forwarding a highly critical article about Dr Rowarth to the EPA, Ms Sage told Parliament 10 days ago she met with Dr Freeth and discussed her.

"I advised the EPA chief executive that my office had received correspondence expressing some concerns about media comments by the chief scientist - I was told the matter was in hand, there was no substantive discussion," Ms Sage told the House.

Those comments led to accusations from National that Ms Sage had inappropriately interferred in staff matters at the EPA.

They have led to Dr Freeth returning to Parliament today, to explain why he told MPs he'd had "absolutely no discussions" with Ms Sage on the matter.

Now Ms Sage says she was wrong all along - and that her memory let her down.

"I was relying on my memory, and when we checked it was actually a meeting with the Ministry for the Environment - not with the EPA, so when I raised that (Dr Rowarth's behaviour) it was with the chief executive of the MfE."

Ms Sage said she met with the EPA's Dr Freeth at a later date, when asked whether she discussed Dr Rowarth at the meeting she responded "my memory is that I didn't".

Ms Sage said she had learnt a valuable lesson.

"The learning I have got on this is not to rely on my memory but to actually check the records."

Mr Simpson said Ms Sage's credibility had taken "more than a bit of a knock".

"Here is a minister who is deeply wounded by not being on top of the detail, clearly out of her depth and at best confused and at worst deceitful".

Dr Freeth will appear before the environment select committee this morning.