A Green Party MP has been accused of ministerial interference and sticking her nose into staff matters at an independent authority. 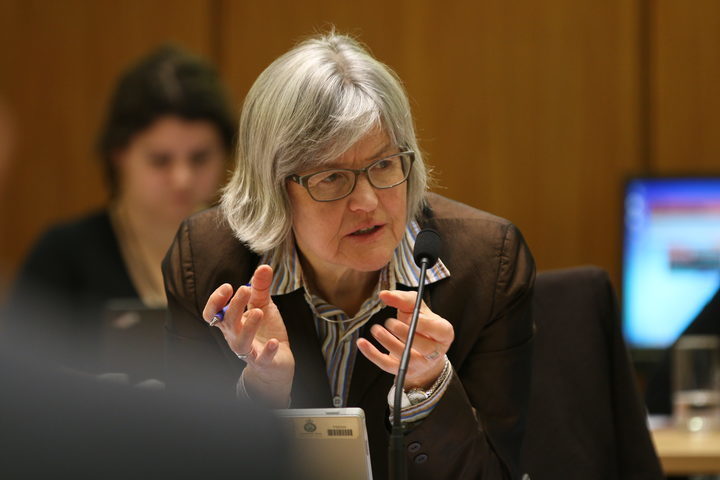 Eugenie Sage, who is the associate Environment Minister, insists she didn't act inappropriately when she raised concerns with the Environmental Protection Authority about its chief scientist.

The EPA's controversial chief scientist Jacqueline Rowarth resigned in February after about 15 months in the role.

Ms Sage also met with the EPA's chief executive Allan Freeth to discuss Dr Rowarth following her description of irrigation as a "great boon" to the environment.

"Did the Minister have any discussions with the EPA chief executive, specifically about the EPA chief scientist," Mr Simpson asked.

Ms Sage responded: "I advised the EPA chief executive that my office had received correspondence expressing some concerns about media comments by the chief scientist - I was told the matter was in-hand, there was no substantive discussion."

Mr Simpson then asked if Ms Sage had discussed the importance of the EPA's scientific independence with the chief executive.

"It is important that the public has confidence in the EPA as an organisation that uses robust science in its decisions.

And it would not be appropriate for me as Minister to have any discussions with the chief executive about an employee of the authority - I did not do that," the Minister responded.

Documents obtained by RNZ show that in December Ms Sage asked her private secretary to forward an article by the columnist Rachel Stewart that was highly critical of Dr Rowarth to the EPA's chief executive.

The Minister also defended not keeping any record or notes from her meeting with the EPA chief executive where she discussed Dr Rowarth.

Scott Simpson is not impressed.

"There's no way that a minister should be involved in staff matters, and the role of the EPA is to provide independent scientific advice without the threat or prospect of Ministerial intervention," he told RNZ News.

He said he was alarmed that Ms Sage sent the highly critical media column to the chief executive.

"It's incredibly unusual behaviour from a new minister that professes to be a principled minister."

Mr Simpson said he would be "incredibly surprised" if there were no minutes from the meeting where the minister and the EPA chief executive discussed Dr Rowarth.