New Zealand First MP Jenny Marcroft was instructed to apologise to the National Party, after being accused of threatening to use taxpayer cash for political gain. 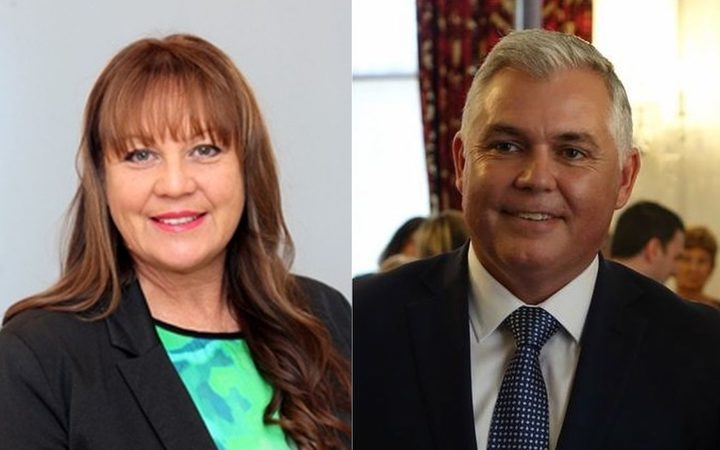 NZ First leader Winston Peters said National MP Mark Mitchell had misunderstood Ms Marcroft in a conversation which "got out of hand" over the weekend.

And Mr Peters rejected claims Ms Marcroft was following the instructions of any NZ First ministers.

"New Zealand First does not seek to constrain opposition MPs from criticism of the government," he said.

But Mr Mitchell told RNZ he did not believe that "for one minute" and denied ever receiving an apology.

"I have not received any apology from Jenny or from anyone from New Zealand First at all. All I've received is a text message saying please disregard our conservation."

Ms Marcroft declined to comment when contacted by RNZ.

Mr Mitchell earlier issued a statement, saying Ms Marcroft had told him to back off criticising NZ First ministers if he wanted a project in his Rodney electorate to get public funding.

"Ms Marcroft said she had been sent to tell me that the Mahurangi River Restoration Project would be considered for funding from the government's Provincial Growth Fund, but for that to happen I would have to end my involvement with it as a local MP.

"Ms Marcroft told me this was because the government was unhappy with me revealing the illegitimate use of Defence Force aircraft by Defence Minister Ron Mark."

She also asked National not to ask Regional Economic Development Minister Shane Jones any questions in Parliament about the project should it go ahead, Mr Mitchell said.

"Finally, she implied my work as an Opposition MP would be a factor in funding any projects in my electorate I was involved in."

Mr Mitchell said he immediately told Ms Marcroft that her behaviour was unacceptable and requested the Minister call him directly.

"She sent a text message an hour later asking me to forget the conversation."

Mr Mitchell released a copy of the text exchange.

A text message received at 6:10pm on Saturday reads: "Hi Mark, on reflection I have considered the substance of our conversation to be incorrect and would therefore ask that you kindly disregard it. Thank you for your generosity in this matter.

"It is hoped that Mahurangi River Restoration Trust may wish to make an application at some point if they wish to pursue their proposed project. This community initiative has great potential for our region. Kind regards Jenny."

"This billion dollar Provincial Growth Fund is taxpayer money and should be used to benefit New Zealanders, not buy an easy ride for the government nor to try and convince local MPs to stop supporting local projects, because they have annoyed the government."

In a statement, Mr Peters said Ms Marcroft had apologised to Mr Mitchell for the "misunderstanding".

"After the conversation had got out of hand she consulted with me late on Saturday afternoon and was advised by me to issue an apology," said Mr Peters.

"Ms Marcroft was not under instructions by any NZ First ministers regarding funding, and while Mr Mitchell may have misunderstood her underlying point, she was apologetic over the matter, and conveyed that to him."

Prime Minister Jacinda Ardern appeared to be blindsided by the news when questioned by reporters at her weekly press conference this afternoon.

She said she wanted to get more details before responding, but stressed the Provincial Growth Fund was not a political process.

"The process ... is not contingent on support for this government at all and there is plenty of proof of that.