A new Auckland central housing project will take some of the pressure off the private sector, says Housing Minister Phil Twyford. 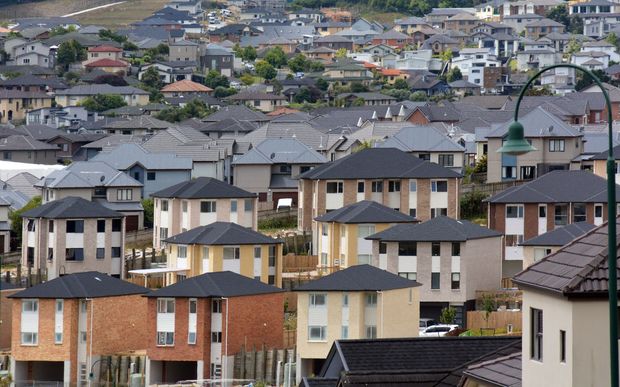 Mr Twyford yesterday unveiled the plan to build up to 4000 houses on roughly 30 hectares in Mt Albert.

"Part of what we're doing here is saying that the market has failed, the private sector cannot undertake developments like this on its own because they're too complex and there's too much risk.

The Opposition says that will need a lot of spending to bring local sewers and stormwater systems up to scratch.

Mr Twyford is confident the infrastructure can be put in place, but said the government will have to chip in.

"I was amused to hear Judith Collins saying 'oh, they haven't taken into account doing the sewage and the roads and the infrastructure', well I don't know how much Judith Collins knows about infrastructure but whenever you do a development, whether it's a greenfields development like Hobsonville or a brownfields development in the city, you have to invest in the roads, the drainage, the water to the tap, electricity networks, that's just what you have to do."

Mr Twyford said the homes are badly needed to address the city's housing crisis and building is expected to begin within the year, taking at least a decade to complete.

"It will take a little time because Unitec have to consolidate their operations on the Southern end of the block and they're going to have to prepare some buildings to move into before they can vacate some space that we're taking over, so it will take a little while but within a year I hope we'll be building houses on the site."

Taxpayers will need to help pay for the infrastructure for the new Auckland central housing project, mayor Phil Goff has said.

Opposition MPs questioning the density of the government's new housing project in central Auckland say it will be a tight squeeze for home owners.

ACT party leader David Seymour said that means, for example, cramming more than 100 dwellings into an area the size of a rugby field.

National's housing spokesperson, Judith Collins, said the homes will have to be incredibly tiny to fit.

Mr Twyford said however, the modelling for this project assumes 63 percent of the land will be covered in housing and dwellings, the rest of it will be open spaces and public amentities.

"We've assumed a mix of town houses, terraces and apartments and the size of the dwellings will be very similar to what you see in Hobsonville, so anything from kind of 80 sqm up to 200 sqm," he said.

The modelling has been done by the same company who led the Hobsonville Point development.

Mr Twyford also said in the coming months he will reveal details of a light rail system at the Point Chev end of the development, which he hopes will be complete inside the decade it will take to build the houses.

"Having done nothing on this for nine years, apparently KiwiBuild is now National's idea, I find that extraordinary," he said.

"If the National Party had its way, we would be looking at either land-banking, or plastering the whole thing in Mc-mansions that no one can afford."