It is going to be a delicate balance for the government as it decides how to handle future mining permits, to accommodate both the Greens and coalition partner New Zealand First. 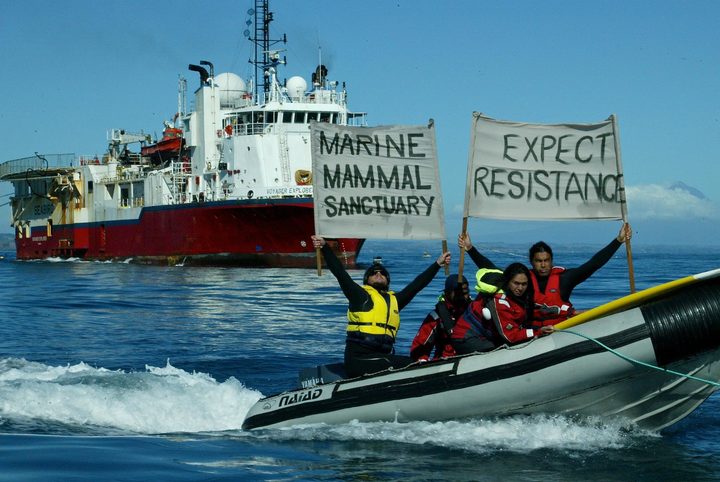 Comments Prime Minister Jacinda Ardern made about oil exploration have opened up debate about how and when the government will start the full transition away from fossil fuels.

There are permits allowing for mining to continue for about another 30 years, but the question is how quickly the government is prepared to put a stop to future activity.

National Party leader Simon Bridges said fossil fuels would have to be used, in some form, for at least another 20 years.

There would be consequences, he said, if there was a halt to future exploration.

"Thousands of jobs, the billions of dollars effectively she'd be slicing off a large section of our economy," he said.

Mr Bridges said the government would have a hard time balancing the interests of the three governing parties.

"Clearly you've got the Greens out on one end, who would, I think, end oil and gas exploration ... then on the other end, where I understand privately, New Zealand First are telling the oil and gas sector, 'don't worry, we don't know about this, we won't be going there'."

Mr Shaw said his advice as minister was that fossil fuels needed to be phased out as fast as possible.

"Exploring for new reserves would be inconsistent with a net zero emissions economy," he said.

Ms Ardern said the government was under no extra pressure to halt oil and gas exploration because of the Greens.

"From our side, we've also always said we wanted to make sure we had a just transition and from New Zealand First's side, they've got a big focus on regional economic development.

"These are all the things that actually probably most governments around the world are having to factor in," she said.

New Zealand First leader Winston Peters would not comment on "hypotheticals" - for example if Labour and the Greens wanted to stop issuing new mining permits.

There were discussions between his party and Labour, he said, likely to "intensify" over coming weeks.

He was asked how much stock he puts in the Greens' position.

"In the interests of collegiality and having a unified government, sure, I'd talk to the Greens," Mr Peters said.

"I've talked to Mr Shaw and others as well, we want to make this partnership, in terms of Labour and New Zealand First, work.

"But we will not compromise what we've agreed on," he said.

Any decision about the block offer is the for Energy Minister Megan Woods to determine.

But any policy changes about new mining could require legislative change.

Mr Peters was asked whether he would support any law under which no new permits were issued.

"Well, I don't think the question arises because there is a massive majority in the house, I would've thought, for where Labour and New Zealand First go on this matter ... where's the National Party going to go?"