A report into the state of housing in New Zealand paints a "sobering picture" of the crisis and its effects, particularly on children, Housing Minister Phil Twyford says. 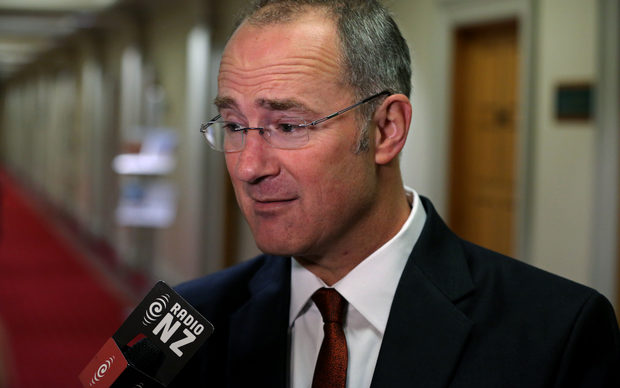 Phil Twyford said the most concerning finding was the population of "hidden homeless". Photo: RNZ

Mr Twyford ordered the report late last year, saying the new government needed an up-to-date picture of the housing market after years of spin and denial by the previous National government.

The report warned New Zealand was "quickly becoming a society divided by the ownership of housing and its related wealth".

In one key finding, it found up to 90 percent of people seeking emergency shelter were being turned away.

"For every 10 homeless people who approached them, requiring housing, only one to two people could be accommodated," the report said.

The most concerning finding was the population of "hidden homeless" for which there are no official estimates, Mr Twyford said.

"The stocktake suggests there could be significant numbers of 'floating homeless' which will lead to a growing homeless rate as more people seek help," he said.

The report also found an increasing number of elderly were facing housing-related poverty because they still had a mortgage after retiring.

Only one person in 10 getting help needed

The report was authored by economist Shamubeel Eaqub, University of Otago Professor of Public Health Philippa Howden-Chapman and the Salvation Army's Allan Johnson.

Professor Howden-Chapman said while she had worked in the field for 20 years, it was worse than she realised.

Too many people were slipping through the cracks, she said.

"We estimate from a survey that we did - of housing providers and people like Citizens Advice Bureaus, and camping grounds and Salvation Army - that basically they can help about one person in 10.

"So we think there is a very large floating population, who are likely to be in poorer health ... and that's a much larger figure than has been considered before, because I think somewhat deliberately they were never measured."

State housing now represented 20 percent of the assets on the government's books, the report had found, Dr Howden-Chapman said.

"Housing New Zealand is a very valuable asset and the capital involved can be used to use to build more social housing."

The government had a significant work programme to fix the housing crisis and was committed to doing so, said Mr Twyford.

"We've set very ambitious targets. The public want to know we're being up front with them and that we're doing our darndest to put a serious dent in this problem."

"If you look at the rate of build that we've had in New Zealand since the 1980s, it has been too low and too slow."

He joked that could be achieved by borrowing "shitloads of money".

Mr Eaqub also hit out at the government's fiscal responsibility rules, calling it a "straitjacket" and unnecessary.

"This was the best possible time to borrow money because money is cheap and everybody is looking to lend you money."

National's housing spokesperson Michael Woodhouse said the report was a "succinct summary of the market" but he questioned some of the conclusions drawn by the authors.

"Disappointingly it not only doesn't offer anything new to the discourse, but it actually highlights where the present government is working against the sort of solutions that could ease the problem that they identify."

That included slowing down the Special Housing Areas and Māori land reforms, he said.

Parts of the report painted the actions of the National government in a more negative light than warranted, he said, including on housing affordability, and social housing.

"They acknowledge that social housing includes housing provided by NGOs [non governmental organisations] but then ignore that when they conclude that the number of state housing properties have gone down.

While the authors were experts in their field, Mr Woodhouse said he hoped Mr Twyford would not use the report for political purposes.

And the Property Institute said the report had hijacked an important issue.

Chief executive Ashley Church said the definition for someone who was homeless was ridiculous, and that meant the numbers had been massively over-exaggerated.

The report was supposed to be a general stocktake of the market, examining issues such as first home buyers and immigration, he said.

"Unfortunately this report doesn't really do that, it's been primarily hijacked by interests, ideological interests about homelessness which, while it's important, features way too much in the report."