Opinion - Babies are exciting. They symbolise new beginnings, love and hope for the future. All exactly on brand for Jacinda Ardern. The Prime Minister's news is fantastic for her and her family, and hopefully will show a few dinosaurs out there about the role family can play in a woman's career. 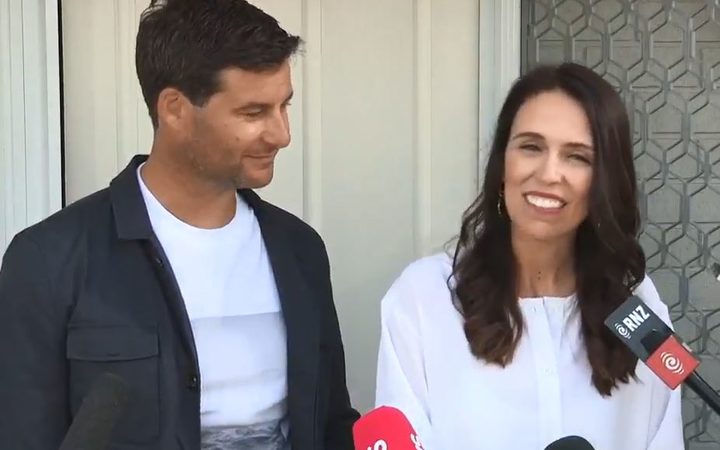 However, if you were in the National Party leader's office right now you couldn't help be concerned about this perfectly on brand message coming from the Prime Minister's office.

The announcement, the nursery plans and the questions of gender - there are numerous opportunities for women's magazine fodder that mops up the votes.

The Opposition's ability to go on the attack over the Prime Minister's performance will be met with cries of don't attack the pregnant woman. Not to mention that this is likely to garner widespread international attention.

But this is not all good news for the Labour government either.

Parliament will next sit in 10 days and Labour has promised an ambitious programme of work. There are a lot of expectations - set by them - of what they will achieve in the next few months.

They can't lose sight of that work programme even though the goodwill coming the Prime Minister's way may be distracting. Voters will have little patience for listening to another pregnancy story if they are stuck in traffic on a regional road that Labour is refusing to upgrade.

This news has already garnered some international attention and the hype will continue to grow in coming days. Unfortunately for Labour, the BBC, the ABC and CNN can't vote for them. Spending weeks on international media will do little to help build trust in the new Labour government.

Business confidence that took a hit when the government came to power is unlikely to recover if they are distracted by international coverage of the pregnancy news.

For the Prime Minister herself, it is going to become difficult to cut through the buzz. Every pregnant person I know has at some point become frustrated at being seen just as a carrier of a bundle of joy, and no longer as a person themselves.

Imagine being a public figure and trying to engage on serious issues but only being asked about morning sickness and whether you are finding out the gender.

Every move the Prime Minister makes will be scrutinised. A visit to an Invercargill factory won't be about Labour's support for the regions, it will be about whether she should have travelled in her 'state'.

I am placing a safe bet now that at every post Cabinet press conference in the next six months the Press Gallery will ask a baby related question - regardless of the other important issues of the day.

The Prime Minister, of course, already has one baby to cope with - the Coalition deal.

The government is very new and most of the players - except Winston Peters - are very new to this government world.

To hand over the reins for an extended period to your Deputy Prime Minister in the first year of your term is scary, but to do so to someone not from your own party and to someone well known for only acting in self-interest is terrifying.

There will also be a few concerned faces in the Greens about how they will deal with Peters without the Prime Minister as a mediator.

Needless to say, Labour is not just Jacinda Ardern. However her Deputy Leader Kelvin Davis hasn't shown any promise of being able to stand in her place, let alone navigate the treacherous waters of a new coalition.

Three years is short time to be in government and if Labour has any hopes of being re-elected in 2020 they won't be able to sit back and think the positive news from today's announcement will get them there.

For National, this news will make it harder to take on the Prime Minister on substantive issues, or sell its own message. Nevertheless, the Prime Minister's job of leading the government just got a whole lot harder.

* Brigitte Morten was a senior ministerial adviser for the previous National-led government. Prior to that she was an adviser and campaign director for the Australia's Liberal Party.