Jacinda Ardern will step down as Prime Minister for six weeks when she has her first baby in June, but says she will still be "fully contactable and available". 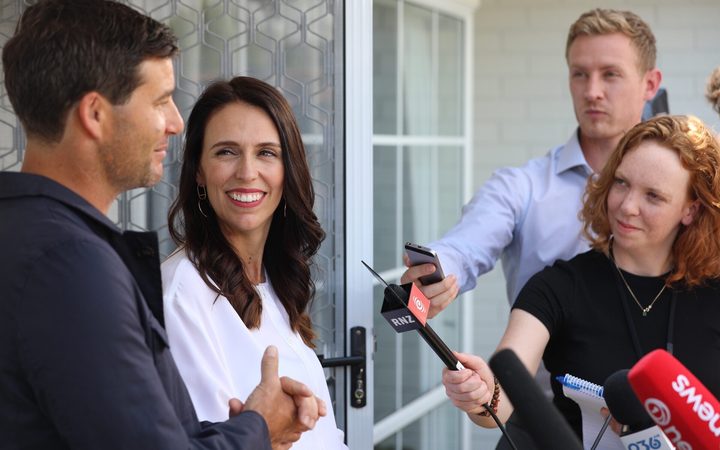 She said her partner Clarke Gayford would be a "stay at home" dad.

"I think it's fair to say that this will be a wee one that a village will raise, but we couldn't be more excited. I know there will be lots of questions, and we'll answer all of them (I can assure you we have a plan all ready to go!)"

In a statement, Ms Ardern confirmed deputy prime minister Winston Peters will take on the role of Acting Prime Minister for six weeks after the baby is born.

"Mr Peters and I have a great relationship, and I know that together we'll make this period work. I will make arrangements for appropriate Ministers to act in my other portfolios over the six weeks I am away from Parliament.

"At the end of my leave I will resume all Prime Ministerial duties."

Ms Ardern said she intended to be fully contactable and available throughout the six-week period.

She said she was hoping to remain based in Auckland, close to family and friends in her Mount Albert electorate.

However, she said she would see how things went and plans could change.

The prime minister has a residence, Premier House, in Wellington.

Ms Ardern joked that she wasn't sure how the Crown car drivers would deal with a baby seat.

There are two other mothers with babies in the Labour caucus, Willow-Jean Prime and Kiri Allan. Both have taken their babies into the debating chamber.

Ms Ardern said they first knew of the pregancy in mid-October, "but as many couples do in the early stages, we kept it to ourselves".

She said the news was a "fantastic surprise".

She said she had already received messages from former Prime Minister Dame Jenny Shipley, whose children were young while she was both a cabinet minister and Prime Minister.

Asked if she would be holding her baby on her hip during Question Time, she laughed and said the Speaker, Trevor Mallard, would probably want to be holding the baby.

Mr Mallard has made a number of changes to make Parliament more baby-friendly.

The announcement makes Ms Ardern one of the only head of state in recent times to be pregnant while in office.

A first for the western world, the only other recorded political head of government to give birth was Pakistan's Benazir Bhutto

And in 1990 she had another baby while she was prime minister.

She travelled in secret to hospital to gave birth, returned to work very soon after and spent another eight months in government.

Prior to her, Queen Elizabeth II gave birth to Prince Andrew in 1960 and Prince Edward in 1964 after her ascension to the throne in 1952.

Queen Victoria, Catherine the Great and Cleopatra also became mothers while being leaders of their states.