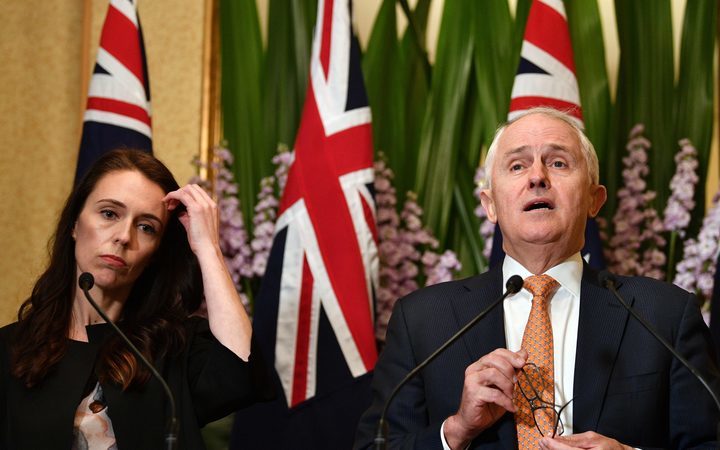 The Australian government has unveiled plans to ban political donations from overseas and introduce a register for foreign lobbyists.

Under New Zealand law, political donations from overseas are allowed as long as they don't exceed $1500.

Ms Ardern said different jurisdictions had their own regimes and also their own issues.

"When it comes to some of the issues that have been raised by Australia, I haven't seen evidence of the kinds of issues that they are talking about here in New Zealand.

"That's not to say that we should be complacent. We have to be vigilant and we are."

Ms Ardern said she had not seen any advice that foreign nations had any undue influence in New Zealand.

There was always some influence from offshore, but that was nothing new, he said.

"Greenpeace, for instance, is a global NGO and ... New Zealand is often, from what I can see, part of their international campaigns.

"You have other interests around, who I'm sure aren't purely New Zealand interests, who try to influence New Zealand politics.

"Pharmaceutical companies are another big influence on politics - they run high-profile advertising in political campaigns and they are foreign owned."

"They have auctions, they have $1000 a plate dinners, they raise funds for other parties doing that at the Northern Club and that barely gets any controversy at all."

Meanwhile, Australia is also considering bringing in a register for foreign lobbyists.

Green Party leader James Shaw said his party had long called for a register of all lobbyists.

"We've always stood for much greater transparency around lobbying. You might remember a former colleague of mine, Holly Walker, put a bill into Parliament which unfortunately other parties defeated.

"We would like to see more moves made on transparency around lobbying in New Zealand, whether that is foreign or domestic."