Deputy Prime Minister Winston Peters' attempt to obtain the emails and phone records of two journalists is outrageous and could have a chilling effect on democracy, media freedom advocates say. 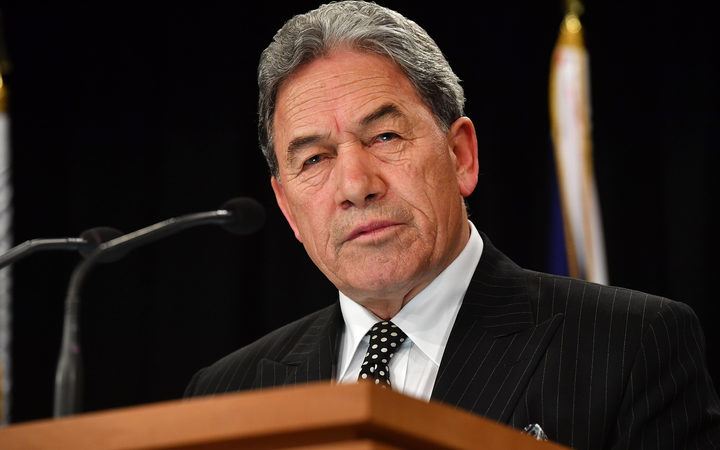 Winston Peters has accused the National Party of leaking the information about his pension overpayments. Photo: AFP

Mr Peters is seeking the journalists' communications in a bid to find out who leaked details of his pension overpayments.

He has also served legal papers on four National MPs, their staff, a senior public servant and the two journalists as he tries to find the source of the leak.

In August, after inquiries by the media, Mr Peters revealed he'd been overpaid his superannuation for a number of years because he was on a single person's rate while living with his partner.

Mr Peters paid the money back in July, and said neither he nor the Ministry of Social Development could figure out how the mistake was originally made.

But he accused the National Party of leaking the information and filed papers in the High Court the day before the election.

Mr Peters wants the phone records of a Newsroom and a Newshub journalist over a period of 10 weeks.

He also wants their emails, meeting notes and draft stories and internal memos.

The former chair of the Commonwealth Press Union and former editor of the New Zealand Herald, Gavin Ellis, said Mr Peters' actions were outrageous and it could have a chilling effect on democracy.

"When a politician starts placing his hands on what should be confidential phone records, confidential notes and recordings and so on, our ability to hold power to account - and that's a fundamental role of the journalist in a democracy - is compromised.

"There's no doubt about that."

"Particularly in an absolute fishing expedition and that, where he seems to expect he'll get all of their material, well you know that would really have a chilling effect."

'Journalists have certain rights and privileges'

National Party leader Bill English, one of those Mr Peters is seeking documents from, declined to comment.

"A free media is a pillar of a free society and journalists have certain rights and privileges."

Mr Seymour said he felt sorry for her.

"Ultimately the sad thing is for New Zealand we don't have a prime minister who can stand up to this abuse of power because frankly after the coalition negotiations Winston Peters has got her over a barrel."

"There is such a thing as the sub judice rule. It applies here.

"Attempts to ignore it are outrageous and chilling. I'm bound by that rule, they are too."