Prime Minister Jacinda Ardern was among 120 MPs being sworn in at Parliament as opening formalities began today. 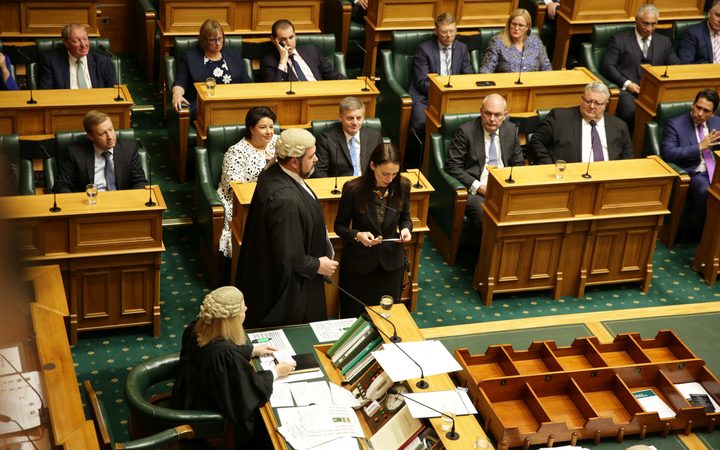 Prime Minister Jacinda Ardern was among 120 MPs being sworn in at Parliament. Photo: RNZ / Richard Tindiller

As part of what's called the Commission Opening, Labour MP Trevor Mallard will be elected as Speaker of the House.

Tomorrow the State Opening will take place, when Governor-General Dame Patsy Reddy will read the speech from the throne outlining the government's legislative programme.

Ms Ardern said the government had an ambitious programme for its first 100 days in office, and that the House wouild sit under urgency to get some legislation introduced before the Christmas break.

The Oppposition sounded a warning about planned use of urgency, with National Party leader Bill English saying it led to bad legislation.

"It means legislation doesn't get properly scrutinised, the new government's got a range of quite complex policy decisions to implement and it looks like they're going to be using a fair bit of urgency."

The former National-led government used urgency frequently when it first came to power in 2008, but Mr English said it subsequently changed its ways.

"In recent years we used it very sparingly because we saw what happened it you pushed too fast and too hard - you end up with legislation that doesn't work."

Mr English said National would be open to discussions with the new government about extending sitting hours at Parliament as a possible alternative.

After maiden speeches, one of the first orders of business tomorrow will be the introduction of a bill extending paid parental leave.