Paid parental leave will be extended to 22 weeks from next July, rising to 26 weeks by 2020, the government has confirmed. 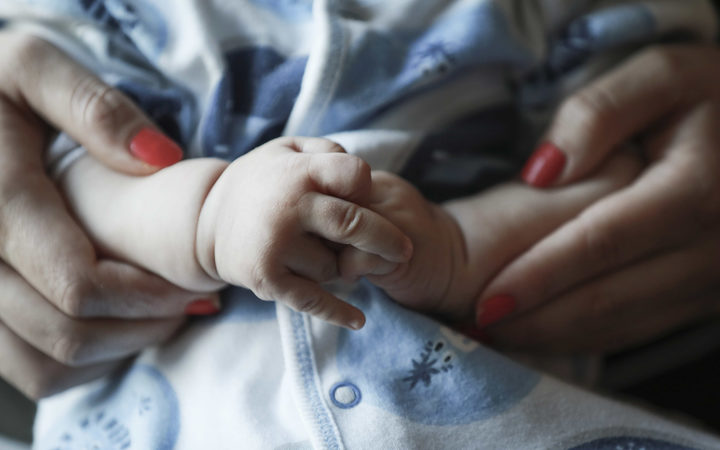 Prime Minister Jacinda Ardern said legislation to change the duration of parental leave would be introduced to Parliament later this week.

The current paid leave provision is 18 weeks, but Labour had pledged to increase it as part of its plan for its first 100 days in government, at a cost of $325m over the next four years.

The move was supported by the Greens and New Zealand First too, Ms Ardern said.

"This is a key part of our Families Package and one all three parties of government have been proud to support because it's the right thing to do."

At a post-Cabinet press conference, she said the wording of the legislation would be very familiar - referencing Labour MP Sue Moroney's member's bill to extend leave to 26 weeks.

Ms Moroney's bill had enough support last year to pass, but the National government used its power of financial veto to kill it off.

New Zealand's leave entitlement was one of the lowest in the OECD, Ms Ardern said.

"We want children to have the best start in life. Evidence shows having a parent at home as long as possible to care for a child provides a huge benefit for that child's development.

"This is an investment in families that will benefit children and all of society."

The Council of Trade Unions said parents and caregivers around the country would breathe a sigh of relief at the announcement.

Secretary Sam Huggard said the arrival of a new baby was a precious bonding time for a family, but it also could be very stressful.

"The evidence shows that giving baby and caregivers more time at home sets them all up for better outcomes when mum and dad return to paid work.

"Having new parents return to paid work when they are rested and feel ready is better for workplaces too," he said.