New Zealand First leader Winston Peters will be named as Foreign Minister and Deputy Prime Minister when the final Cabinet line-up is revealed later this week. 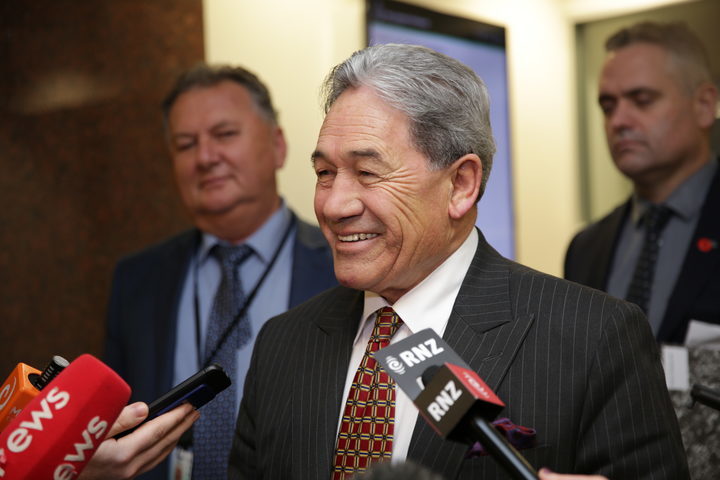 It's business time for Jacinda Ardern, who is set to be sworn in as Prime Minister on Thursday, as she finalises deals with Labour's governing partners and reveals her ministerial line-up this week.

The clock has also started ticking on Labour's ambitious plan for its first 100 days in office, which includes an array of law changes across several portfolios.

Ms Ardern has also been speaking to world leaders in the days since New Zealand First confirmed it would support her party into government, including the leaders of Five Eyes partners, Australia's Malcolm Turnbull, Theresa May in the UK, and US President Donald Trump.

Labour will sign off its policy agreements with the Greens and New Zealand this afternoon, after which the contents will be made public.

Some of details of the Greens deal have already been released, including a guarantee for a public referendum on legalising cannabis.

Policies to look out for will be the approach the new government will take to immigration, monetary policy and the Reserve Bank, New Zealand First's North Port proposal and what will replace the water tax Labour campaigned on.

A Pike River Recovery Agency with a dedicated ministerial portfolio will also be created.

The new administration will have to repeal the legislation National introduced after the Budget which would have implemented its Families Income package from April 2018.

Labour campaigned on its own package, which includes a boost to Working for Families and the accommodation supplement, and an extension to Paid Parental Leave.

It intends to introduce the new legislation in its first 100 days, and have the new policy in place by next July.

Labour has also said it would not support the Trans-Pacific Partnership deal in its current form, as that would prevent New Zealand from banning foreign buyers from purchasing existing residential homes.

It wants to renegotiate that part of the deal, but there will not be much time to do that before world leaders meet in Vietnam early next month, where they will make some significant decisions about proceeding with TPP-11.

The new government will also establish a Tax Working Group.

It will carry out a wholesale review of New Zealand's tax laws, although (apart from removing secondary tax) no new policy would be introduced this term as a result of its recommendations.

Labour, New Zealand First and the Greens all campaigned on increasing the minimum wage and resuming contributions to the New Zealand Superannuation Fund.

New Zealand First will have four Cabinet positions and one under-secretary, with Shane Jones, Ron Mark and Tracey Martin alongside Mr Peters.

Mr Peters served as Foreign Minister the last time his party supported Labour in government under Helen Clark, from 2005 to 2008.

The Greens will have three ministers outside Cabinet - the leader James Shaw, Julie-Ann Genter and Eugenie Sage - and Jan Logie will become an under-secretary.

Labour named its 16 MPs who will be in Cabinet on Friday. However, their portfolios, along with the roles given to the Greens and New Zealand First will not be revealed until Wednesday.