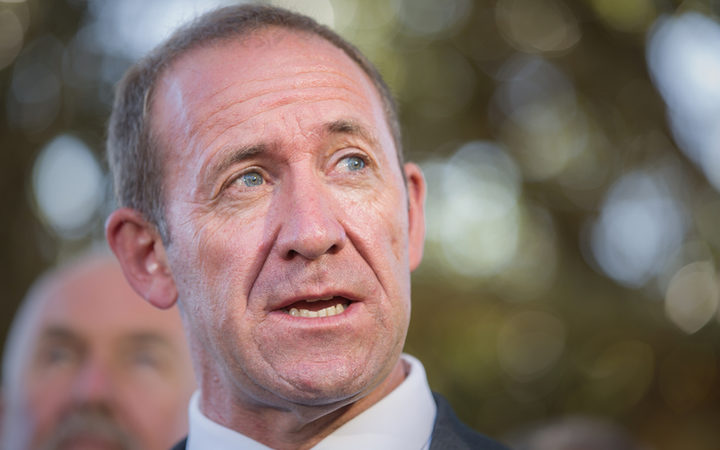 Mr Little said the law had not successfully reduced serious crime, and had also not acted as an effective deterrent.

"Eight years after it got onto the statute books it clearly isn't doing anything, serious crime rates are rising, our prison population is growing," he said.

"Hardcore criminals when they are offending aren't going around calculating what might happen as a consequence ... there's, I think, two offenders on a third strike warning which tells you the courts, the lawyers, everybody, is actually just trying to avoid this law."

Officially called the Sentencing and Parole Reform Act 2010, the law introduced increasingly harsh consequences for repeat offences of all major violent and sexual crimes with a maximum imprisonment penalty of at least seven years.

A second sentence for such a crime has no chance for parole, while a third 'strike' sentence must be the maximum possible unless the court considers it would be manifestly unjust.

"Only one offender has committed enough crimes in the past seven years to earn a third strike."

Mr Seymour said contrary to Mr Little's view, there is is evidence to show the policy reduced offending.

"Little must explain why he is putting the rights of criminals ahead of the rights of victims and ideology ahead of evidence, except he doesn't have any."

Mr Little expected to repeal the law mid to late next year.

The mother of a Hamilton man on his second strike said the law was not just capturing hardened criminals.

When he was 18, Cyrus Ormsby was sentenced to four and a half years in prison for vehicular manslaughter, when a young woman died in the car he was driving.

He was speeding and there was alcohol involved.

While in the medium-to-high security Waikeria prison he was sentenced to another similar length sentence, as his second strike, for an assault he insisted he was not responsible for.

Paula Ormsby said the alleged assault took place in the yard, but the cameras were not working so her son's version of events could not be proved, one way or the other.

She is terrified another incident in prison could lead to his third strike.

"He's living in fear because of the conditions that he's in within prison, anything could go down at any time, if an incident occurred and he needed to defend himself and he was found guilty in any way of a violent charge my son just doesn't go home.

"He was 18 when he went, the system would claim him - he just wouldn't come home."

She said no-one was excusing his actions for the first offence, but he should not be subject to the three strikes provisions.