Bill English has been re-elected unopposed as National's leader and will lead the party into the 2020 election. 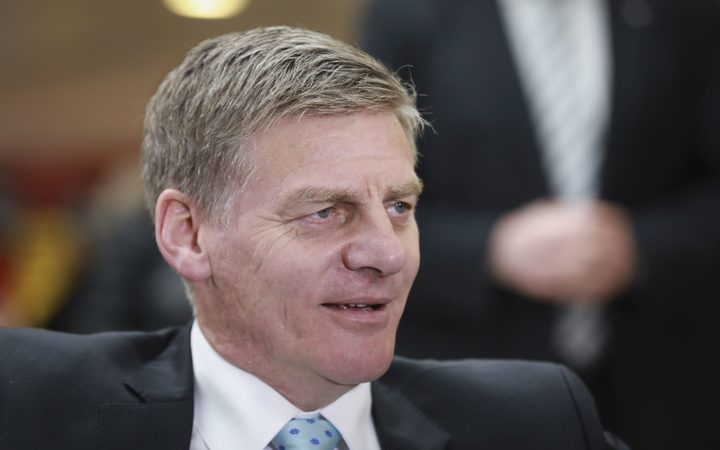 This afternoon, Mr English emerged from the National Party's first caucus meeting since it learned it would not be in government and told waiting reporters he was still in charge.

"I can confirm that today the National Party caucus re-elected me as its leader, along with Paula Bennett as deputy leader.

"I have committed to leading the National Party into opposition, we are the strongest opposition a New Zealand parliament has seen, we will go into the House with more seats than the Labour-New Zealand First coalition government," Mr English said.

He wanted to remain the leader of the opposition until the next election and was up for the scrap, he said.

"My performance will be in question, it will be under scrutiny just like everybody else's - that's what happens in opposition."

Mr English described the mood of the National Party caucus as sober but positive.

Senior whip Jamie-Lee Ross was also relected - as were the second and junior whips.

Earlier, National MP for Papakura Judith Collins said she supported Mr English staying on as leader, saying he had earned that right. 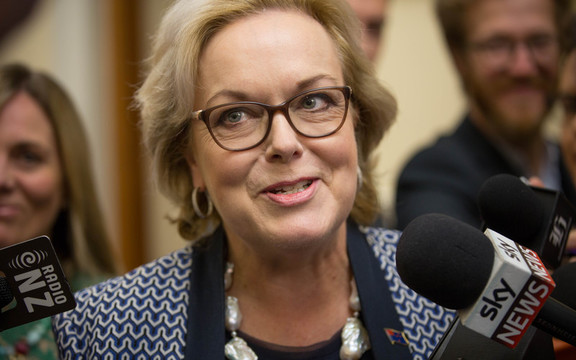 Ms Collins said she was not going anywhere.

"Is the Pope Catholic? Of course I'm staying - I've been re-elected in Papakura electorate with a vastly increased majority from last time.

"I'm absolutely invigorated, you know just being an MP is a wonderful privilege and I'm very happy to be one," Ms Collins said.

Mr Joyce said in his view Mr English should stay on, and that view was shared by almost every National MP considering the election result.

"It's an unusual result and it's not often that you lead your party after 44.5 percent after three terms in government and go into opposition."

Mr Joyce said while he's never had any experience of being in opposition - having entered Parliament in 2008 as a list MP and heading straight into Cabinet - he's confident he'll get the hang of it.

"It'll be an opportunity to learn some things, I've been watching it a bit from the other side over the last nine years and I think I've just about worked out what works and what doesn't work from that perspective - so I think I could be a reasonable student of what's expected."

And Mr Joyce said National's new Northland MP Matt King went a "bit too far" in some of the things he suggested in a now deleted Facebook post.

In it, Mr King slammed the new Labour/New Zealand First coalition government saying it was an "arrogant grab of unmandated power" and that there was a sense of outrage that natural justice had been denied.

"He was probably just reflecting some of the frustrations of supporters but I don't think there's any point arguing with the referee in these things, you know the rules of the game when you go into it.

"So there's no point getting into that," Mr Joyce said.