Opinion - Politicians like to say the only poll that counts for them is the one that takes place on Election Day. Voters in New Zealand would appear to feel the same way.

When it comes to the other kind of election polls - the ones that so dominated the related news coverage of the last seven weeks - their actual relevance to the contest seems to have been inversely proportional to the attention they received. 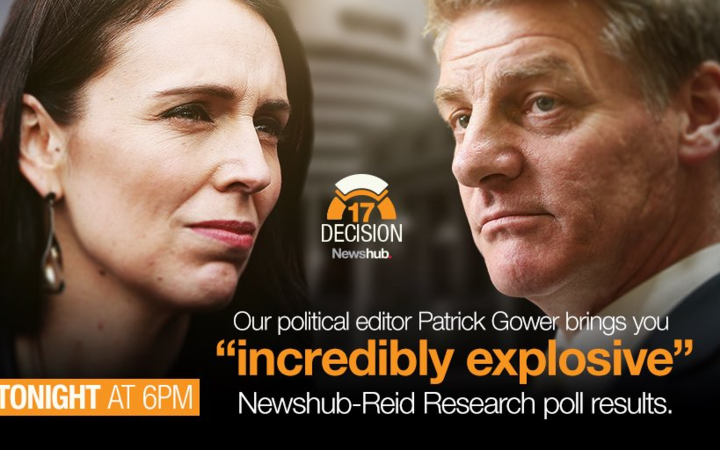 David Lange famously likened the economy his new government inherited in 1984 to a Polish shipyard. Thirty-three years on, the spectre is a bit more that of a poll-ish train wreck.

The problem doesn't seem to have been that this or that public opinion poll was slightly, somewhat or supersonically out in its projected estimate. It's more to do with what an unsteady guide they appeared when looked at together.

If the six major companies that published polls during the campaign had walked into a bar in Wellington last night, the bartender might have told most of them that they had drunk enough already and needed to take a cab home.

A final survey of the numbers being slung around at the close of the campaign reflects the messiness of the projected calculations, in which the National Party was apparently poised to clock up anything from 30-46 percent of the party vote.

In the event, not even the average of these projected results, which would have had the two frontrunners tied, proved to be accurate (although the Newshub Reid Research numbers weren't too bad).

To say that polling is a hairy exercise would certainly be an understatement. But the more interesting question isn't really so much about pollsters getting their numbers wrong in this latest case as the surprisingly uncritical reception over recent weeks to each new reported result, replete with volcanic headlines about poll-quakes, bombshells, and stunning new vistas.

As with the "shock" results in last year's American presidential election and with the earlier British vote to leave the European Union, both of which were shocking only insofar as they turned received polling wisdom on its head, one of the criticisms here might be that journalists often don't tend to question poll figures that may tally with their personal preferences - not to mention the conventional wisdom du jour within the cavernous echo chambers of social media.

Overseas, the BBC imposes an impressive number of restraints on itself when reporting the findings of opinion polls, even on the ones the broadcaster commissions.

"We should normally report the findings of opinion polls in the context of trend and must always do so when reporting voting intention polls," its editorial guidelines read.

"The trend may consist of the results of all major polls over a period or may be limited to the change in a single pollster's findings. Poll results which defy trends without convincing explanation should be treated with particular care."

In other words, a crucial prerequisite is to view most of these political polling exercises with about the same weight as an uncertain September breeze.

David Cohen is a Wellington author and journalist who writes frequently about media-related matters.