Cancer treatment delays at Southern District Health Board are systemic and not caused by a lack of funding, Health Minister Jonathan Coleman says.

There have been significant delays in the treatment of certain cancer patients at the DHB, with official figures showing a waiting time of 191 days for prostate cancer patients - the longest in the country.

Dr Coleman told Morning Report the problems were unacceptable and a tragedy.

"It's just terrible for [patients] and their families and this must never happen again." 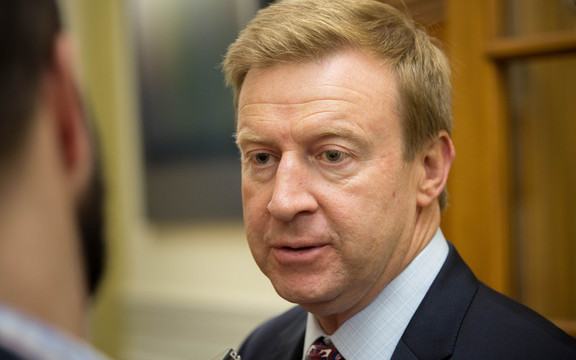 Last month Checkpoint with John Campbell revealed 10 prostate cancer patients at Dunedin Hospital waited up to seven months for surgery meant to be happen within a month.

A review ordered by Southern DHB painted a picture of a dysfunctional and "chaotic" department and recommended sweeping changes.

Its chief medical officer, Nigel Millar, told Checkpoint several men have had their life expectancy shortened due to treatment delays.

Dr Coleman said today it was not a problem of under-funding, rather the result of long-standing systemic issues and a lack of co-ordination.

"This is at an operational level, so it should never have happened. But if you're asking if a politician should resign every time something like this happened, frankly, that's not the right answer," he said.

The right response was to make sure it never happened again.

"Funding might have helped but it wouldn't have averted it."

Dr Coleman said the Southern DHB was given an extra $41 million in funding last year, and an extra $250m over the last nine years.

"But this is an issue of co-ordination and the way the service is configured."

The DHB's chief executive, Chris Fleming, said that it was taking immediate action while it worked on a longer term plan.

It would recruit an extra clinical nurse specialist at Dunedin Hospital, and commit to promptly seeing 100 patients needing prostate biopsies.

Locum consultants would be brought in to cover annual leave and there would be reviews of cases where patients had waited too long, with appointments, procedures and surgeries offered to those with greatest clinical need.