Mr Peters, who is also the MP for Northland, said he wants to move Auckland's car import trade to Northport at Marsden Point in Whangarei within two years, followed by the container trade within a decade. 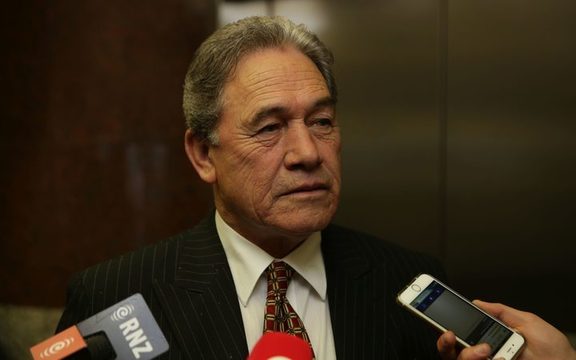 He also said he wanted to create special economic zones with tax free status around Northport, and Southport in Bluff.

"Aucklanders want their harbour back while Northlanders want the jobs and opportunity that would come from Northport's transformation," Mr Peters said.

The pledge is a cast iron commitment, he said, but was conditional on his party being in a pivotal position after the elections and voters in Auckland and Northland needed to adjust their ballot, he said.

Ports of Auckland is owned by the Auckland Council which has yet to make any long-term decisions about its future.

"The problem with what Winston Peters is saying effectively is that he is saying 'I'm going to legislate for the freight to go to Northport', to pick that winner.

"And to my way of thinking that's a very heavy-handed way of doing things."

He said he was not against the concept of special economic zones but doing it for one port would be "quite incredible preferential treatment".

Auckland mayor Phil Goff said the port is owned by the people of Auckland and any proposal regarding its future would have to be negotiated.

"No decision will be made about the Auckland port unilaterally. "It would have to be made in negotiation with the Auckland Council on behalf of ratepayers, and this is an entity that returns us $60 million a year in dividends."

RNZ's Auckland Correspondent told Morning Report Mr Peter's idea was not new but the scale and specifics of it came out of left field.

He said Ports of Auckland was owned by taxpayers and employed more than 600 people and made $84m in profits last year.

An independent study produced for the council last year suggested the Firth of Thames or Manukau Harbour as the best alternative sites for the port.