The National Party has promised to expand the National Standards education system if it's re-elected for a fourth term in government. 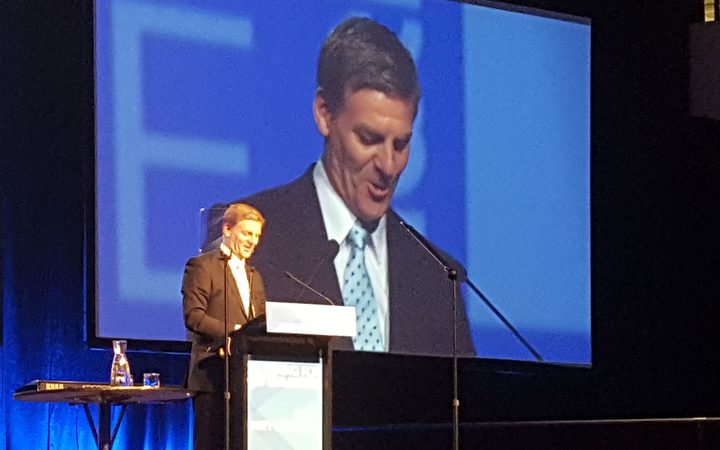 The party's leader Bill English unveiled the policy at National's election campaign launch in Waitakere on Sunday afternoon, in front of more than 2000 party faithful.

His daughter, Maria, opened the campaign at the Trust Arena by singing the national anthem.

"Maria, everyone here was glad it was you instead of me. I did offer!," Mr English told the crowd.

He began his speech by saying National's campaign was for "every New Zealander" who wanted to bring "their dreams to life".

Mr English outlined National's achievements in government over the past nine years and put the boot into Labour saying it was turning its back on Kiwi businesses and families.

He announced a four-point education package that included digital academies and internships for senior secondary students, more resources for maths and a guarantee that all primary school pupils would be able to learn a second language if they chose to.

Mr English said at least 10 priority languages such as te reo Māori, Spanish and Mandarin would be set, but it would be up to school boards to decide which languages would be taught in each school.

"If we want our children to succeed on the world stage, from the small country at the bottom of the globe, not only do they need to be digitally-literate, they need to be good, cross-cultural communicators."

National is also promising to improve the maths skills of primary school students saying it would provide additional resources for teaching maths such as digital apps, and deliver intensive support for children needing it.

Mr English said National Standards would be updated, so parents could track their child's progress in more detail, online.

"National Standards has successfully set clear expectations about what every student needs to achieve ... it provides a valuable snapshot of how your child has performed."

"National Standards Plus will build on this by allowing you and your child to track their progress in more details, online, as it happens," he said.

"By moving the reporting online, the new system will help our hardworking teachers by streamlining their paperwork."

Mr English said National was a party full of fresh ideas for a "confident" and "outward looking" New Zealand.

But he warned voters they had a stark choice between New Zealand moving forward under his party, or facing more taxes that would slow the economy under Labour.

He described the opposition as an unstable, untested group that could risk it all.

"Do you want a water tax?" Mr English asked the crowd. "No", they yelled back.

Then he asked whether they wanted a new petrol tax, to which they also answered "no".

"Well nor do I," he said. "But I want to say this, hardworking New Zealanders are not an ATM for the Labour Party."