It was a case of meeting the young and old for the Green Party today as its leader James Shaw cracks on with campaigning. 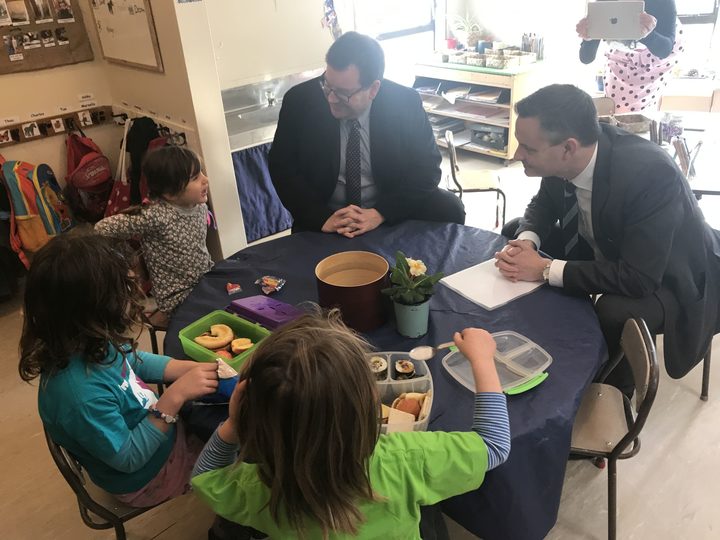 Earlier this week it was revealed two of the party's senior staff quit following the turmoil surrounding the resignation of the former co-leader, Metiria Turei.

Today Mr Shaw had his own challenges at Aro Valley Preschool, trying to fit on chairs far too small, and understanding a child trying to talk with their mouth full.

As the sole leader, his campaigning schedule is now more packed than before as he tries to lift his own profile with his former co-leader gone.

"So yesterday was one of my most manic days yet. I did nine different gigs between 5.30 in the morning and 9.30 at night," he said.

The fallout from Mrs Turei's departure became evident on Tuesday when it was revealed the party's chief of staff and political director quit - a month out from the election.

But Mr Shaw said their resignations had not affected his campaign.

"Frankly, with one calendar month to go until election day, I can't spend any time looking in the rear-view mirror."

Just moments later, Mr Shaw went from the under 5's to the over 50's.

He spent the rest of his day at an Ōhāriu/Wellington Central candidate debate at the Malvina Major retirement home in Johnsonville. 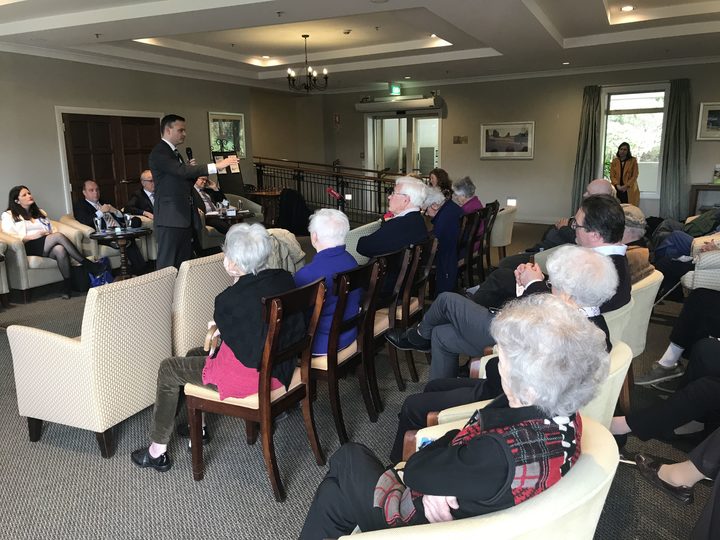 There he had to defend his party's decision to place a candidate in the Ōhāriu electorate following the departure of United Future leader Peter Dunne.

"It actually helps Labour in a sense," Mr Shaw said.

It was time the Greens focussed on themselves and the move will increase their own party vote, he said.

Mr Shaw acknowledged there were some concerns the move would split the vote on the left.

However, Labour leader Jacinda Ardern said she had confidence in her candidate and she was adamant the Greens' decision did not put any strain on their relationship.

"No, not at all. As we've already said, the [Memorandum of Understanding] is a message to voters that if we're given the opportunity, we will work together in government.

"But ultimately in every individual seat, we've been consistently running our own campaigns"

Until recently, Labour candidate Greg O'Connor had a good chance of winning the seat with a poll last week giving him 48 percent of the vote - well ahead of Peter Dunne on 34 percent and National's Brett Hudson on 14 percent.

But the contest now could become a lot closer if Mr Dunne's supporters shift to back National.