The Opportunities Party leader Gareth Morgan has voiced his frustration with personality politics, labelling the Labour leadership change as putting "lipstick on a pig". 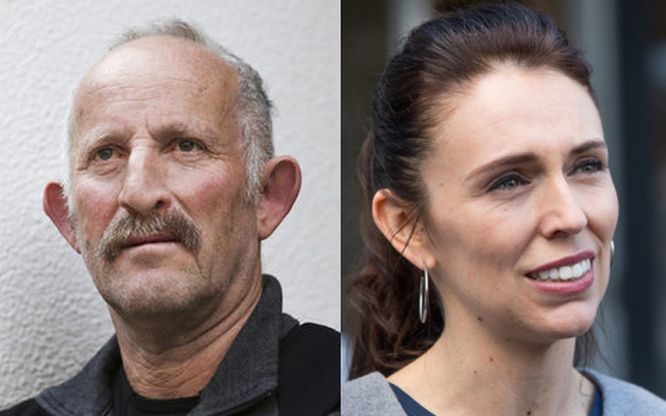 Sure but it's pathetic isn't it?All that matters is policy.Jacinda should be required to show she's more than lipstick on a pig.Will she be?

"All that matters is policy. Jacinda should be required to show she's more than lipstick on a pig. Will she be?"

In the three weeks since Jacinda Ardern replaced Andrew Little as Labour Party leader, there's been a significant surge in support for her party.

Earlier this month, Mr Morgan offered all of his policies to Ms Ardern when she took up leadership of her party and said he would "fold the tent" on his party if she took them on.

Mr Morgan held a media conference in Wellington this morning to explain his comments.

He said the fascination with Ms Ardern had to stop, because policy was not being debated enough.

"The Labour Party without substantial policy remains just the same old establishment party that actually started all this rise in inequality back in 1984 and has had ample opportunity to do something and has done nothing.

"What we need is a massive step upwards if we're going to solve these issues for these New Zealanders who are disenfranchised ... the young and the poor. I care about that more than anybody, that's what's behind this.

"Changing the leadership is not sufficient to address the issues that New Zealanders are very upset about. Not all ships are rising here."

The Labour Party needed to have more than just a popular leader, said Dr Morgan, because inequality had risen under Labour and National governments.

Mr Morgan has also taken to Twitter again this morning in response to accusations his comment was sexist.

He said he took inspiration from Barack Obama, who used the term in 2008 to describe Republican opponents.

" reiterated the Obama 2008 quote when he saw what the Republicans were doing to that party.

"John McCain and Sarah Palin and those guys and he described it as putting lipstick on a pig.

"I could have said something far more Gareth Morgan. Like it's the same as polishing a turd. Unless there's policy content, then the establishment parties are doing us a disservice."

Speaking after a policy launch in Tauranga, Ms Ardern said she was not bothered by Gareth Morgan's comments, and invited him to read Labour's policy pages on its website.