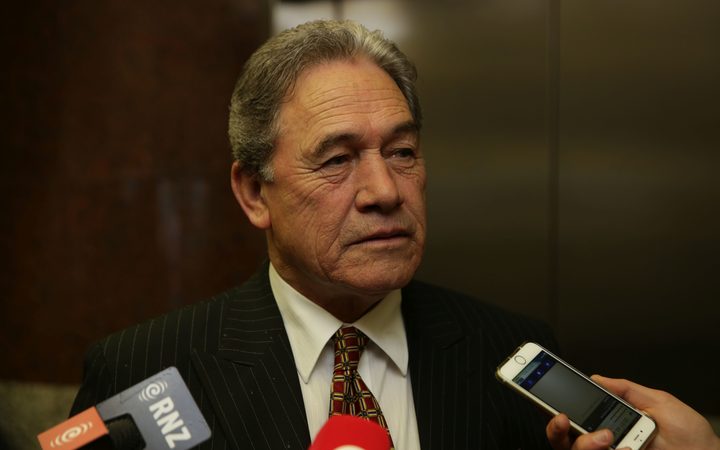 Yesterday, Mr English said he no longer had a record of the hundreds of text messages he sent to a former staffer who quit after a dispute with the National MP for Clutha-Southland.

Mr English has confirmed he sent Glenys Dickson, a long-serving electorate staff member, about 450 texts in the year leading up to her resignation amid allegations Mr Barclay secretly recorded her.

Mr Barclay said last month that he would step down at September's election. Police have reopened their investigation.

Mr English has maintained he was not involved in the dispute, but New Zealand First leader Winston Peters told Morning Report this was shown to be "demonstrably untrue" by one of the texts.

He said Mr English had used ministerial cars and taxpayer funds as part of his involvement in the dispute.

"He has posed to you as being peripherally involved and of no passing interest. These texts and other information prove demonstrably that Mr English is simply not telling you the truth."

He said he had produced in Parliament a document listing the texts, which included information about the dates and times they were sent.

However, he has not released the specific content of the texts.

Mr English has previously said he was not worried about the content of the texts.