The Labour Party is pledging to build a new road to replace the Manawatu Gorge Road as quickly as possible should it win the September election. 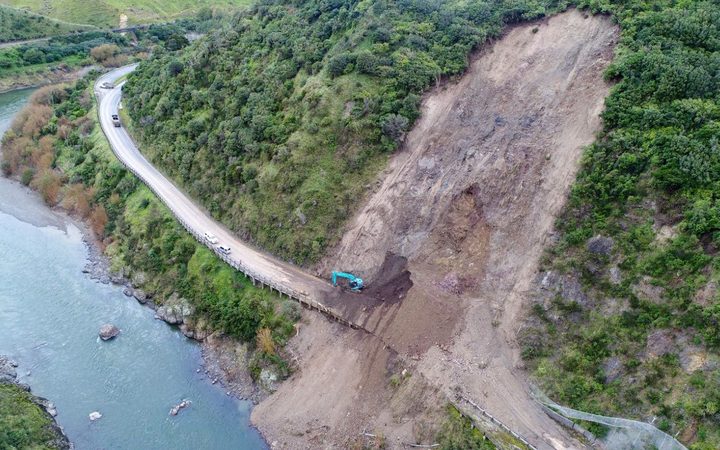 The Manawatu Gorge road has been closed since April. Photo: NZTA

Since April, multiple slips have closed the gorge road that is the main route between Palmerston North and Hawke's Bay.

Labour's leader, Andrew Little, said his party would use all the powers of government to speed up consenting and construction of a new route, likely to the north of the gorge through the Te Apiti wind farm.

He said the gorge had become too unreliable and expensive.

The Transport Minister has said that a proposal on whether a permanent alternative will go ahead should be finalised by December.

Three organisations are currently tendering to investigate a long-term alternative.