National MP Todd Barclay has this evening apologised for statements he made to media which put him at odds with Prime Minister Bill English.

This morning Mr Barclay denied recording his staff, or speaking to Mr English about it.

But this afternoon Mr English released a statement he made to the police last year in which he said Mr Barclay told him he had recordings of an electorate staff member criticising him.

This evening Mr Barclay told reporters he should have handled the situation better.

"It is important that I clarify and correct my comments to the media earlier today. 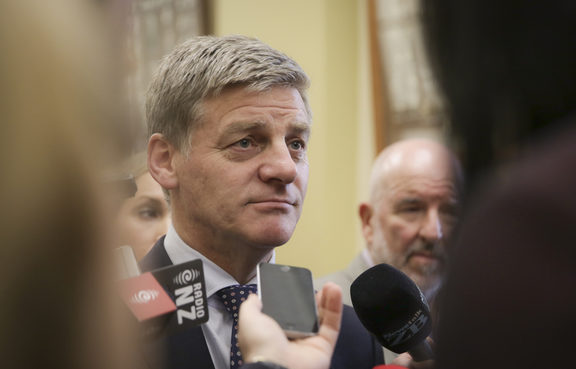 "I have read and Mr English's statement to the police and accept it.

Mr Barclay said the time period in question had been very stressful for him as he was in the midst of a 'difficult employment dispute'.

"Given Mr English was my predecessor as the MP for Clutha-Southland, I no doubt spoke to him as the dispute escalated.

"Like any break down in a relationship I accept that there was fault on both sides, looking back I could have handled the situation differently and I regret that."

Mr Barclay said he shouldn't have been as 'specific' in his comments to the media about the allegations.

"For legal reasons I am unable to comment further, the employment dispute has been resolved and is the subject of a confidentiality agreement.

"I'm sorry if any of the answers I gave this morning were misleading in anyway."

English releases statement made to police

News website Newsroom earlier reported Mr English knew about the alleged recording, and that the staff member received a confidential payout to stay quiet, in part funded from the then-prime minister's budget.

Newsroom obtained a text message between Mr English and former electorate chair Stuart Davie, in which Mr English stated a dictaphone had been left running in Mr Barclay's office that picked up all the conversations in the room.

Earlier today, Mr English told reporters that conversation was based on second-hand information and said he would not release his statement to the police who investigated Mr Barclay last year.

But this afternoon he released the statement and told reporters it was up to Mr Barclay to account for his statement.

"I'm telling you what my statement was, and the statement I made was to the police, who then had the opportunity to investigate all aspects of the allegations."

In his statement to police in April 2016, Mr English said he had spoken to Mr Barclay about the recording.

"I had a conversation with him regarding Glenys Dickson leaving his office and he said to me that he had recordings of her criticising him.

"He said he had just left the dictaphone on."

Mr English told police he never heard the recordings and did not know whether Mr Barclay was present when they were made.

It is illegal for anybody to intentionally record private communications which they are not a part of.

Mr Barclay said earlier this year he had declined to be interviewed by police over the claims.

Police said they closed the case as they had insufficient evidence to prosecute Mr Barclay.

They said this afternoon any new information brought to their attention would be assessed by officers. 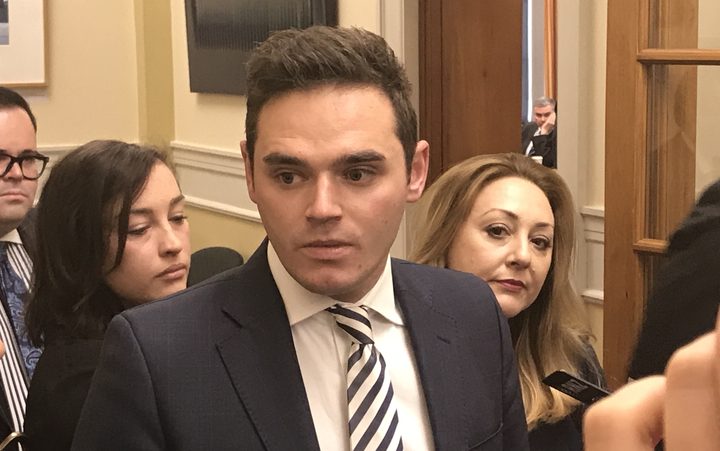 "I've seen the allegations and I totally refute them.

"The police have investigated quite thoroughly, obviously.

"I've gone through quite a robust local transparent process too, which was my re-selection, which I won quite convincingly, so my people and supporters down there clearly see it for what it is."

He said Ms Dickson likely received a payout, but he did not know the details.

"She'd been a long-standing staff member and it was quite a quick exit, so there would've been a package of some sort.

"Employment disputes happen in all workplaces all the time, and I don't think there's anything out of the ordinary about an employment settlement taking place".

Some of the money paid to Ms Dickson is understood to have come from former Prime Minister John Key's leader's budget.

Mr English said he had been advised that was not out of the ordinary.

"Of course the leader's fund has to be accounted for, but the people concerned have a legally binding confidentiality agreement, and I don't know what the settlement was as I was not a party to it."

"It seems unethical to me that a person in public office facing a police inquiry should fail to cooperate."

Mr Barclay entered Parliament in 2014 after taking over the Clutha-Southland seat from Mr English, who became a list-only MP.