Police Minister Paula Bennett intends to block any gang member or prospect from getting a firearms license and will bring in tougher penalties under the Arms Act. 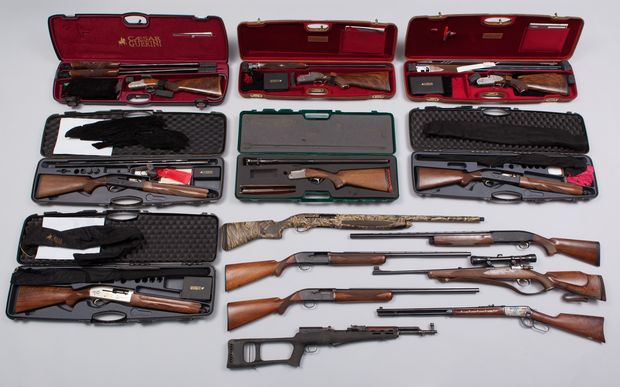 However, Ms Bennett will not introduce stricter rules for the sale of ammunition, including a requirement to have a firearms license to possess ammunition.

The minister has responded to the law and order select committee's inquiry into the illegal possession of firearms, which recommended 20 changes.

Mrs Bennett said she accepted seven of the inquiry's recommendations, including making it illegal for gang members or prospects to possess a firearm or hold a firearms license.

She would also give police the power to suspend licenses, for example in situations where someone has been charged with family violence, and require police to consult with the firearms community when considering changes to the Arms Act and its interpretation of it.

But the minister rejected any changes to the sale and supply of firearms and ammunition, including through online trading.

"We needed to strike the right balance between public safety and the rights of legal firearms owners. Although the report was well intended, I believe many of the recommendations would not decrease the flow of firearms to criminals and gangs, but would unduly impact on legally licensed firearms users," Mrs Bennett said.

She appointed two independent firearms experts to advise her on the inquiry's report.

"Nobody wants firearms getting into the hands of violent gang members but we also don't want over-the-top rules and restrictions to be placed on hunters and shooters who manage their firearms responsibly."

Mrs Bennett said the government would now begin a policy process around the accepted recommendations, involving consultation and a review of costs and regulatory impacts.

It would then need to be signed off by the Cabinet.

'She has been lobbied'

Mr Cahill said she had rejected every meaningful proposal of the inquiry that would have made a difference in the fight against the illegal possession of firearms.

He said the gun lobby, which was boisterous and angry about the inquiry, would have been in Ms Bennett's ear.

"One of these people actually made submissions to the select committee."

Mr Cahill said over the past year one police district alone seized 525 firearms and recorded 461 offences involving either breaches of the Arms Act or criminal use of a firearm.

He said police would continue to be confronted by firearms and the risk to officers was 'very serious'.