A plan to build about 34,000 new houses over the next decade in Auckland is as fast as the market can handle, Social Housing Minister Amy Adams says. 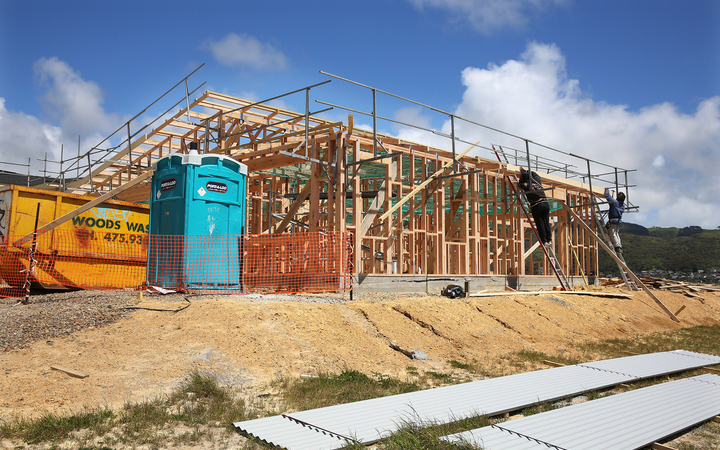 The Auckland Housing Programme means about 26,000 more houses will be added to the city over the next 10 years - about 2600 a year. Photo: RNZ

Under the government's plan, 8275 run-down state houses will be demolished - and 13,540 new social houses and 20,671 "affordable or market-built" homes, to be sold privately, will be built.

Housing New Zealand will build most of the new houses, which include projects already under way in Tamaki and Hobsonville.

The minister said the priority was to start demolishing the old houses to make way for the new ones, and she promised every tenant would be re-housed.

"So it's a slow process of creating the space to move our tenants in... Our first priority is looking after our current tenants." 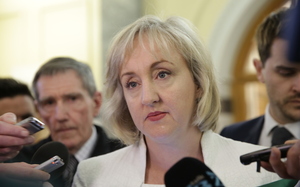 Ms Adams said that rate was as fast as the market and the city could handle.

"We'd like to have all of the stock available immediately, but we've got a construction sector in Auckland that has been growing 20 percent year on year for the past five years, that's about as fast as it can grow.

"Obviously with the zoning changes we needed in the Auckland Unitary Plan, that has taken time to get to a point where we can intensify the land to this level. The infrastructure that the council is responsible for, we're helping them fund, is a part of it. All of those things have to come together."

She said the new houses in the plan were intended for vulnerable families, first-home buyers and for the wider market.

The first phase of the Auckland Housing Programme will cover the next four years and will cost $2.2 billion, which will be funded by Housing New Zealand and about $1bn of new borrowing.

But she said the market would not work if they were all in that bracket.

"For that market to work we need a range of options from the affordable rental, the affordable purchase, the first-home buyer purchase, and of course as we free up properties right through that continuum, it has a flow-through effect."

Community Housing Aotearoa head Scott Figenshow said the government was finally recognising the scale of the housing problem in Auckland.

But he was worried that the so-called affordable housing would be out of reach of many families.

"[About] $700,000 isn't necessarily affordable to a family on the median income and my worry is that kind of language play here may be delivering a whole lot of housing that won't actually be affordable," he said.

Mr Figenshow said he also wanted to see more details about how Housing New Zealand would be funded to build the houses.

Labour leader Andrew Little said the National Party's plan was a drop in the bucket of what was needed.

"This is an embarrassment, actually. I can understand why they have held this policy over until Bill English was out of the country. If I was him, I'd have scarpered long ago. This is not a serious response to the housing crisis that we've got at the moment."

Mr Little said a Labour government would build 100,000 affordable houses across the country over 10 years, half of them in Auckland.