Prime Minister Bill English says he does not understand why Australia thinks New Zealand is a backdoor route for migrants wanting to get into their country. 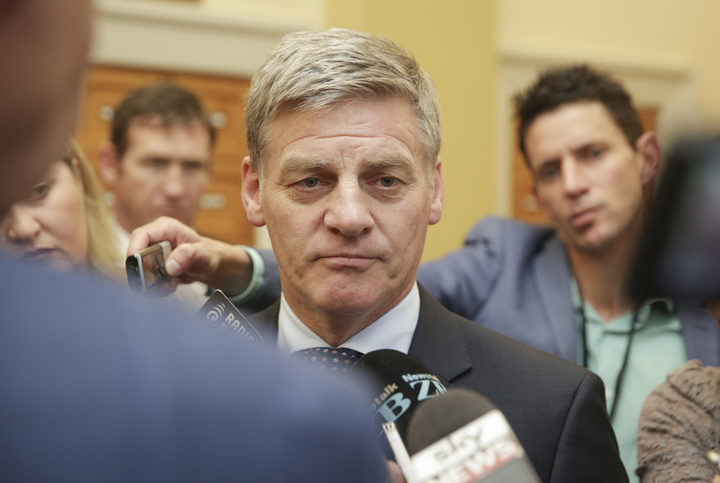 Bill English says there is no evidence that New Zealanders moving to Australia constitute a "special burden" on Australia. Photo: RNZ / Rebekah Parsons-King

New Zealanders living in Australia have been stung by numerous new policies that affect their entitlements and rights in the past few years.

"We would like to, I suppose, understand precisely what their concern is, because there is no evidence that the New Zealanders moving to Australia constitute some unique or special burden on Australia," he said.

Mr English said the economic evidence was that they were "good net contributors".

The issue has been raised during government discussions about a common border, he said.

"This issue around whether New Zealand is a soft entry to Australia is one that in that context has come up.

"But it's been quite hard to pin down just what exactly they think the problem is," he said.

Time for an honest debate

"The Australians, as the Prime Minister has now admitted, are repeatedly raising these concerns about backdoor entry for some recent migrants - why is the government not addressing those issues?

"I would say that it is because they refuse to have an honest debate with New Zealanders about what the effects of these high rates of migration are on these New Zealand settings as well," Mr Parker said.

And New Zealand First leader Winston Peters also said New Zealand was being used as a stepping-stone for migrants wanting to get into Australia.

Mr Peters said the Australian government could not be blamed for cracking down on the influx.

Where are the figures?

"If that's the feeling that Australia has then they should stump up with some statistics to show that it's a problem ... given Australia's really harsh line towards Kiwis at the moment I don't think we should play ball with them at all."

Australia stunned the government last week when it announced that from next year, the fees New Zealanders would pay to study at Australian tertiary institutions would more than triple - affecting about 12,000 people.

Following that surprise, Foreign Minister Gerry Brownlee met with his Australian counterpart, Julie Bishop, in Sydney where he accepted the lack of a head's up was a one-off.

But Mr English said Australia gave no assurance similar policies were not on the way.

He said the government had no interest in a tit-for-tat exchange with Australia and it would not be reducing entitlements or rights for their citizens in New Zealand.